These people don’t live in the same region, or even on the same continent. But they share an important characteristic: They are all Christians, and they suffer because of their faith. While Christian persecution takes many forms, it is defined as any hostility experienced as a result of identification with Jesus Christ. From Sudan to Afghanistan, from Nigeria to North Korea, from Colombia to India, followers of Christianity are targeted for their faith. They are attacked; they are discriminated against at work and at school; they risk sexual violence, torture, arrest and much more.

360 million Christians live in places where they may experience high levels of persecution and discrimination for their faith. That’s 1 in 7 Christians, worldwide. 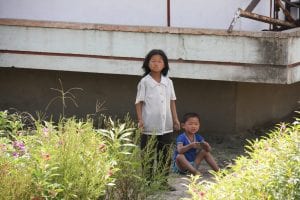 North Korea has been at (or near) the top of the World Watch List for the past 20 years, but this year the country lost its top spot to Afghanistan. To be clear, this doesn’t mean things are improving for Christians in North Korea; it means things have gotten worse in Afghanistan.

With the Taliban takeover in August, Afghanistan has become a hunting ground for Christians. Christians dare not go out in public to meet, shop or get medical treatment. They’ve been driven underground simply to survive. The Taliban has acquired lists of Christians in the nation and are going town to town, trying to flush them out.

Last year, to our best estimate, 4,761 Christians were killed for their faith. This year, that number increased by nearly 24% to 5,898 (in actuality, this number is probably much higher). 4,650 of those killings took place in Nigeria—that’s 13 Christians martyred, every day.

Nigeria accounts for nearly 80 percent of Christian deaths worldwide, but violence against Christians continues to spread rapidly throughout sub-Saharan Africa. Out of the top ten most violent countries against Christians, this part of Africa retains seven of those: Nigeria, Mozambique, Burkina Faso, Central African Republic, Cameroon, Tanzania and the Democratic Republic of the Congo.

When the Taliban took control of Afghanistan in September, it was a victory for Islamic extremists. The country had been in tumult for 20 years, and the violent radicals were overjoyed to retake the capital city of Kabul, flying their flag above government buildings and erasing the rights of women and religious minorities.

But the Taliban weren’t the only extremist group to make strides in 2021: in Nigeria and Cameroon, Boko Haram continues to wreak havoc, the Islamic State group is active in West Africa and Mozambique and al Shabab controls large portions of Somalia. Islamic extremism continues to spill from one country to the next.

For a long time, China’s surveillance system has encroached on the religious freedoms of Christians and other religious minorities. But it’s only gotten worse.

There are reports from two provinces that cameras are present in all state-sanctioned religious venues. In 2021, some Bible apps were taken down from online stores, Christian content was taken off social media and the restrictions of online life have grown tighter. China has also implemented a program where average citizens can access security cameras and report anything “suspicious” to police.

In many countries around the world, Christians have literally been displaced and become refugees, driven from their homes by persecution. In many African countries, like Nigeria and Mozambique, where extremist military groups are heavily active, it is safer for believers to flee than to stay, knowing one slip up or call from a neighbor could mean their family’s lives. In Eritrea, Christian women flee to avoid obligatory military service, where they could be beaten, assaulted or worse.

After last year’s military coup, Christians in Myanmar face increased danger—and more and more Christians are forced to run for their lives. With the fighting taking place in many Christian provinces, believers and their families have no choice but find safety in camps for displaced people; in these camps, Christians are often deprived food and healthcare because of their faith.

In countries where tradition and culture are highly valued, like parts of Colombia, Mexico and Vietnam, some Christians are targeted for going against customary practices. They’re seen as cultural and family traitors. If these Christians don’t flee, their houses could be burned and their families kidnapped or worse.