Not even a week into December, the Islamic regime in Iran has already made a blatant statement to Christians preparing to celebrate Christmas.

In the last seven days, police have reportedly arrested 114 Christians— nearly 150 in the past month. The onslaught of arrests is part of the government’s attempt to “warn” Christians against sharing their faith over Christmas,  Mansour Borji, advocacy director of religious freedom organization Article 18, told World Watch Monitor.

Iran’s Mehr News Agency announced that a total of 142 men and women belonging to different Christian groups were arrested in 10 or 11 different cities across the country.

A ‘Staggering’ Number of Arrests 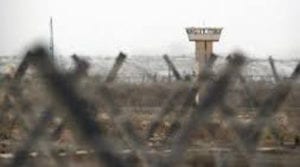 While Iran is known to increase arrests in advance of Christmas, this latest wave is truly “staggering,” Borji said, adding that authorities arrested so many they didn’t know what to do with them all.

As a result, most of the those arrested were allowed to go home after a few hours, or in some cases, days. Those suspected to be leaders of the groups remain detained. Everyone was forced to surrender their cell phone and each believer was told to expect a call from Iran’s Ministry of Intelligence.

Borji added that Christians were asked to write down details of the history of their Christian activities and told to have no more contact with any other Christians or Christian groups.

Each Arrest of the ‘Utmost Importance’

Anonymous sources said several of those arrested were told they would be charged with propaganda against the Islamic regime.

Dr. Mike Ansari from Heart4Iran told International Christian Concern most of those arrested were coerced to divulge information about their house-church activities and those of their friends, under threat of criminal prosecution or arrest of family members.

“Therefore, the case of every arrested Iranian believer is of utmost importance,” Ansari said. 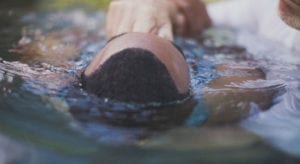 Dr. Hormoz Shariat, president and founder of Iran Alive Ministries, notes that in addition to being a deterrent, the arrests are also a response to the exponential growth of Christianity in the Muslim country.

Compared to roughly 500 known Christians in 1979, there are now approximately 500,000 (some sources say up to 1 million secret believers). According to Elam Ministries, an organization founded in 1990 by Iranian church leaders, more Iranians have become Christians in the last 20 years than in the previous 13 centuries put together since Islam came to Iran.

In 2016, the mission research organization Operation World named Iran as having the fastest-growing evangelical church in the world. The second-fastest growing church is in Afghanistan, the organization reported, and Afghans are being reached, in part, by Iranians because their languages are similar.