An average of 13 Christians killed every day. That’s nearly 400 Christians dying every month. Just because they follow Jesus.

These are staggering and sobering statistics.

(Above photo: Pastor Jeremiah’s village was attacked in April 2020 as part of a massive wave of violence against Christians in Nigeria’s Middle Belt)

But our research for Open Doors’ 2021 World Watch List—the most in-depth investigative report focusing on global Christian persecution available—reveals that each day of the reporting period for the list, from October 2019 to September 2020, an average of 13 Christians were violently killed for their faith.

This year, the total number of Christian martyrs increased from 4,305 (WWL 2020) to 4,761  (WWL 2021). Keep in mind that this number is likely to be much lower than the actual reality because, especially in closed countries like North Korea and Afghanistan or conflict-ridden places like Somalia and Libya, killings are often done in secrecy and/or go unreported. No one in a North Korean prison camp or a Muslim tribe in Somalia is reporting the murder of a Christian. Yet Open Doors has talked to thousands of believers and refugees to know that Christians are dying for their faith—every day.

And many Christians die because of their increased vulnerability in conflict, through long-term deprivation of basic necessities, or exclusion from socioeconomic aid.

Persecution against Christians has risen for 15 consecutive years.

‘They were ages 3 to 18’—7 young Christians killed by Boko Haram suicide bomber 11 of the top persecutors around the world today Betrayed, watched and martyred: 5 major trends in persecution against Christians Hunted for following Jesus—These danger zones almost tied for No. 1 on 2021 World Watch List The 10 most dangerous places for Christians After repeated attacks, Christians in Cameroon ask: ‘Pray for our enemies, Boko Haram’ 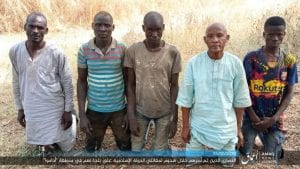 In December 2020, ISWAP executed five Nigerian Christian men, identifying them as “Christians” before they were shot from behind.

In much of the world, violence against Christians actually decreased during the COVID-19 pandemic. But across sub-Saharan Africa, that wasn’t the case. Christians there faced up to 30 percent higher levels of violence than the previous year. Nigeria, which entered this year’s top 10 list at #9 (up from #14), accounted for 10 of the 13 deaths, on average—that’s 91 percent of all deaths. This West African country that has seen what seems like an ongoing genocide entered the top 10 for the first time, reaching the maximum violence score.

In these attacks, men and boys are particularly vulnerable to being killed for their Christian faith. The women and children they leave behind are often displaced to informal camps, face sexual violence, and are even at risk of abduction and forced marriage.

The recent video release of the execution of five Nigerian Christians by the Islamic State West African Province (ISWAP) as well as 11 believers executed in December 2019, offers specific evidence that Christians in this area are actual targets of extremists—mirroring the same message ISIS sent January 2015 when they beheaded 21 Christian men on the Libyan coast. In both videos, the martyrs wore orange jumpsuits, their killers in black standing behind them.

“This message is to the Christians in the world,” ISWAP said in the 56-second propaganda video released in 2019. Reportedly before the execution of five men in December 2020, ISWAP fighters said the names of each man and identify each one as “Christian” right before their deaths.

“When we go to sleep at night, we are never sure whether we will make it alive to the next day,” says Pastor Jeremiah* whose Nigerian village was attacked by Fulani militants. “Even if we die, we are in the hands of God.”

One Church, One Family

Because of Jesus and His work on the cross, Christians represented by the World Watch List are our family. For more than 60 years, Open Doors has served our brothers and sisters in more than 60 countries. We’re on the ground, working with churches to provide Bibles, emergency relief, trauma counseling, legal aid and advocacy—and lives are being changed, villages are being transformed. Would you join us and be part of this powerful story that God is telling?

Today, leaders throughout the world are warning of what’s happening in not only Nigeria but throughout Africa: 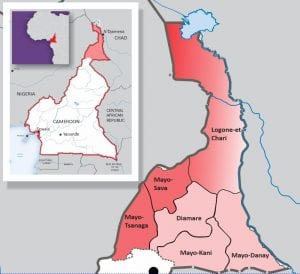 Cameroon’s northern region has been designated a “red zone.”

Cameroon: Boko Haram and ISWAP continue to expand their influence. In 2020, the northern region of border country Cameroon also saw a deteriorating persecution situation. Because of the violent work of Islamic terrorist group Boko Haram, the far north region of Cameroon has now been marked a “red zone,” as the group continues to expand their campaign from northern Nigeria into the three bordering divisions of Cameroon’s far north.

Over the past eight years, villages here have been attacked numerous times. And there is no end in sight. With each assault, Christian communities are left even more vulnerable than before. In this area,  Christians are their preferred violence target, which has been physically and psychologically crippling.

The Sahel: Just south of the Sahara Desert in the Sahel region, Islamic extremism is fueled by injustice and poverty. Extremist groups exploit governmental failures, and armed jihadists spread propaganda, push recruitment and conduct regular attacks. This year, some groups pledged to wage war against “infidels” like Christians—claiming, “Allah punishes us all,” with the pandemic because of the infidels.

A United Nations official recently said countries in the central Sahel—Mali, Burkina Faso and Niger—are home to the world’s fastest-growing displacement and protection crisis. In Burkina Faso, until recently known for its inter-religious harmony between Muslims and Christians, 1 million people—1 in 20 of the population—are displaced (and millions more are hungry) as a result of drought and violence. Last year, Burkina Faso dramatically entered the World Watch List Top 50 for the first time. This year, Islamic extremists continue to target churches (14 killed in one attack, 24 in another).

In the once-peaceful country where different religious groups managed to thrive, violent Islamic militants have killed church leaders, kidnapped families for ransom and burned down churches and schools. —a picture of both the severity of persecution and powerful faith in the lives God’s people. In Mali, Western Christian hostages are still held and killed.

Mozambique: In East Africa, Mozambique entered the top 50 due to Islamic radical violence in the northern province of Cabo Delgado. Christians face violence by a branch of ISIS that wants to impose Shariah law across the northern province bordering Tanzania. Another group has already attacked Christian villages across the border in Tanzania, where the autocratic President John Magufuli won a landslide election victory in October.

The Democratic Republic of the Congo (DRC): In Central Africa, the Congo entered the top 50 this year at 40, mainly due to attacks on Christians Islamic State group-linked attackers, the Allied Democratic Forces (ADF). ADF has almost total control over vast rural areas, and for years it has attacked Christian-run schools and clinics, burned down churches and killed community leaders.

In many Asian countries violence is more “subtle.” In a country such as India—once again No. 10 on the World Watch List for the third consecutive year, Open Doors partners have shared numerous accounts of violence. Christians are beaten up, injured or chased away from their homes. Many live in fear. But the number of killings of Christians reported is very limited. Again, this number is likely higher.

In addition to murder, Christians also faced violence in other ways. More than 340 million Christians suffer high levels of persecution and discrimination for their faith. In Open Doors’ World Watch List top 50 alone, 309m Christians suffer very high or extreme levels. That’s one in 8 worldwide, 1 in 6 in Africa, 2 out of 5 in Asia, and 1 in 12 in Latin America.

During the World Watch List reporting period (from October 2019 to September 2020):

That means each day, 12 congregations, and five Christians a day face the nightmare of kidnapping. Every month, an average of 356 Christians go through the trauma of unjust arrest, detainment or imprisonment.

Additionally, places in Latin America that are vulnerable to drug gangs have become even more dangerous for Christians, since the pandemic has decreased the presence of official authorities who try to maintain order.

Turkey rose to No. 25 from No. 36 due to increase in violence against Christians. Bangladesh rose to 31 from 38, due to violent attacks on Christian converts among its Rohingya refugees.

In the 21st century, it’s still not possible to practice religion or beliefs safely for more than 340 million people worldwide.

One Church, One Family

The numbers are important, but the World Watch List research represents so much more. Behind every statistic and fact is a life, a family, a church that represents deep suffering but also courage and inspiring faith. Through Jesus, we and every Christian living in North Korea, Somalia, Afghanistan and the rest of the top 50 countries on the 2020 World Watch List are one Church, one Family.

Please remember to pray for our brothers and sisters tonight.

Get prayer alerts on your phone

To help you pray with these believers, Open Doors has a mobile prayer app that alerts you to prayer requests from believers. Learn more about it and sign up to get regular updates delivered to your phone. Click the link below or simply text PRAYER to 32500.

Betrayed, watched and martyred: 5 major trends in persecution against Christians

After repeated attacks, Christians in Cameroon ask: ‘Pray for our enemies, Boko Haram’