13 days of darkness with Islamic terrorists

On the evening of August 4, 2020, a masked man dressed in black entered Bakhit Aziz Georgi’s store in Egypt, and at gunpoint kidnapped the 68-year-old Bakhit—a member of the only Christian family in his village. 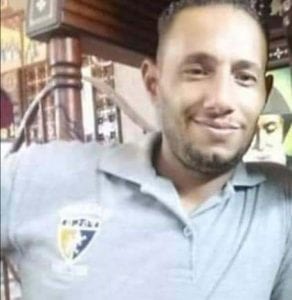 Youssef Samaan Girgis, Bakhit’s 35-year-old nephew, vividly remembers that night. He remembers watching as a pick-up truck with five armed men dressed in black pulled up outside Bakhit’s small shop and stopped in front. He watched as one of the men broke in, aimed a gun at his uncle, forced Bakhit out of the store and dragged him onto the back of the waiting truck.

Youssef approached the men, thinking they were police. And that’s when one of the men asked Youssef to show his ID card—which clearly identified his religion.

Youssef couldn’t know that this was the last time he’d see the light of the moon in almost two weeks.

“When he saw my ID card and realized that I’m Christian, he asked me if I was related to Bakhit,” Youssef shares. “I said, ‘He is my uncle.’ That’s when they pointed a gun at me and put me in the back of the truck with my uncle and fled.

Inside the truck, the terrorists took Youssef’s and Bakhit’s cell phones.

Then they threatened to kill them.

“They pointed their weapons at us and said if anyone of them heard [anything] from us, they would kill us,” Youssef said.

Then the darkness came—Youssef and his uncle were blindfolded. He remained blindfolded for the next 13 days. In the darkness, the terrorists hurled insults at their captives, calling them names like “infidel” and “defiled.” For two hours, the sound of the men’s voices pounded Youssef and Bakhit’s ears as the truck bobbed violently up and down over the uneven desert ground.

‘I stayed up all night crying and praying’

The truck stopped and Youssef, still blindfolded, felt the cut of ropes tightening around his hands as his captors tied his hands. That night, Youssef and his uncle were separated. For the rest of his time in captivity, he would hear no one’s voice but his captors’

“They put me in a room and said, ‘We don’t want to hear any voice from you,’” Youssef remembers. He asked where his uncle was.

Alone in the room, hands tied and unable to see, Youssef heard voices outside the door. Maybe they were in the hall of the home, Youssef thought. “I expected that they were going to kill us at any time,” he says. This wasn’t the first time his family had encountered violence of this sort. In July 2016 ago, Youssef’s cousin Osama (one of Bakhit’s sons) was also kidnapped. The family is still praying for Osama’s return.

Youssef didn’t sleep that night. Instead, he prayed.

“I prayed to God with tears to rescue me and my uncle.” Quietly, he shares his prayer: Oh God, be with me and my uncle, strengthen us, protect us and rescue us from the hands of these wicked people. You are our protection.

“I stayed up all night crying and praying to God.”

“Yes, I Am Christian”—Egyptian Believer Boldly Proclaimed His Faith Twice Before Militants ‘The only thing I could do was cry’: Watch a shocking crime in Egypt, caught on camera ‘Please don’t take away our church’: Egyptian Christians cry for mercy “Let Them Live to Tell”—Terrorists Kill Their Father but Spare Two Boys Egyptian Teen: ‘My Father’s Death for Christ Made Me Search for Jesus’ Crisis of Disappearing Christian Women and Girls Escalates in Egypt–As Police Do Little to Help Four Years After Mass Beheadings, Families of 21 Martyrs Share Hope of Heaven

Stand with Christians under attack

Through your gift today, you’ll help believers around the world as they experience persecution for following Jesus. From coming alongside families of believers kidnapped for their faith and helping traumatized attack survivors in Nigeria to discipling refugees from North Korea and working with indigenous churches on secret projects in countries we can’t disclose, your gift strengthens the Church to stand for Jesus in the midst of insecure conditions.

‘I felt the prayers’ 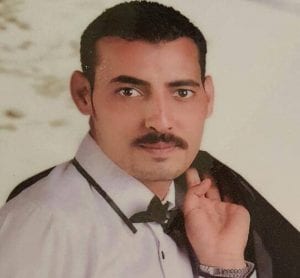 The next 13 days passed like months, Youssef says. Each hour of darkness melted into the other. He received little food: bread, cheese, water, some lentils. The first day, in the afternoon or early evening, Youssef remembers hearing the doorknob turn and footsteps and then feeling the ropes lifted from his hands. His captor was there to give him food. As soon as Youssef finished eating, his hands were tied again. Each night, he slept on the ground. Time became impossible to mark, and there was no way to separate day from night in the darkness of his blindfold. Each day, he received only one meal. He was insulted non-stop.

“Every day was a nightmare. I couldn’t distinguish the day from the night,” he says. “They insulted me continuously and treated me very badly. Plus, I was far from family, I missed my children so much.”

“I asked if I could talk to them, but they refused and insulted me,” he says.

Like other ex-captives have told Open Doors, prayer was his comfort. As Youssef prayed, God brought certain scriptures to mind, he says. Assuring scriptures reminding him that in our darkness hours, Jesus is our light and our vision. Over and over, he repeated the words he had been taught:

Though I walk in the midst of trouble, you preserve my life: you stretch out your hand against the anger of my foes (Psalm 138:7).

“I really felt a great comfort from God, peace of mind and tranquility when I said these verses,” Youssef remembers. “I was always repeating them in my mind. Many times, I asked God to mercy me and rescue me from this torment and pain. When I was praying, I felt comfort.”

He also sensed others praying for him: “I felt the prayers. I knew my family, members of my church and many Christians were praying for me and my uncle,” Youssef says. “All of us are one body in Christ.”

Youssef’s prayers were answered August 17. Still blindfolded, he heard the door swing open and his hands were untied. In silence, he was loaded into a vehicle. After about two hours, the truck stopped. Youssef felt hands on his shoulders, quickly pushing him out of the vehicle. Hearing the truck drive away and realizing he was alone, Youssef removed the blindfold and for the first time in 13 days opened his eyes and saw his surroundings. He knew where he was: a desert close to his village.

“I felt very great joy,” he says. “I thanked God for releasing me. All the glory be to Him! I really thought I would never see my children again. I thank God for sending this miracle.”

Youssef and his three children

Targeted for their faith

Bakhit and Youssef knew why they were kidnapped: they are Christians. They are the only Christian family in the village.

“They knew what they were going to do,” Youssef says. “They came to the village specifically to kidnap my uncle. All the people in our village and the nearby villages know he is Christian. And when they saw that I was a Christian on my ID card, they kidnapped me, too.”

“These men chose [to kidnap] Bakhit and Youssef because they are Christians,” says a local persecution expert

Ramzy, another of Bakhit’s sons (brother to Youssef’s still-missing cousin Osama), previously shared that the family felt they were in danger after Osama’s abduction. “But my father refused to leave the area until my brother would return,” Ramzy said, adding that his family lives in peace with Muslims in their village. “My father didn’t have any enemies. [The kidnappers] were strangers to us.”

When we asked Youssef why he thought his family has become a target of persecution, he reminded us of the reality for the estimated 16 million Christians in Egypt: “Many of us as Christians are persecuted because of our faith Jesus Christ.”

Since Youssef and Bakhit were kidnapped, Open Doors’ local partners in Egypt have shared numerous other reports of Christians being beaten, abducted and killed for their faith.

Recently, an attack on a Christian woman, Jihan, in Egypt was caught on tape. Her Muslim neighbors dragged her through the street and brutally beat her. Many times, they insulted and even threatened her with rape. Police recommended Jihan place CCTV cameras to catch her tormentors in the act—which only enraged them. 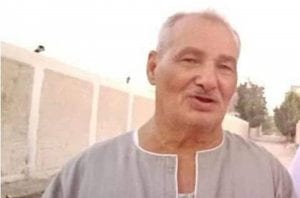 Some 113 days after Youssef was released, Bakhit returned home safely as well. On December 8, 2020, at 11 p.m., he saw his family for the first time in four months.

“Prayers make miracles,” Youssef says. “When we pray together, we feel that God stands up with us, keeps us, and we feel inner peace. Thank you so much for standing with us, your concern and your faithful prayers for us. We appreciate them so much. May God bless you all!”

As for why Bakhit and Youssef were kidnapped and then released, there’s no clear-cut answer. The region in Egypt where they live has been home to several incidents in which those identifying as Christians are specifically targeted. Christians in in the Middle East are sometimes kidnapped for ransom. Others, especially women and girls, are abducted for reasons related to forced conversion and marriage. What we do know is that the cruel treatment of Christians links to the way they—and their faith—are viewed.

We also know that in Egypt, terrorists kidnap with impunity. While Osama’s abduction was reported to police, the authorities didn’t investigate the crime. Another family member, whose name we need to keep hidden for his own security, says this might be the reason the kidnappers dared to come again.

“There was nothing to deter them,” this family member says. “If action had been taken against the kidnappers in the first incident, the second incident wouldn’t have taken place. And if the police also do nothing in this recent incident, it will [happen again to] other Christians.”

Pray with Youssef, Bakhit their families—and Christians throughout Egypt

“Yes, I Am Christian”—Egyptian Believer Boldly Proclaimed His Faith Twice Before Militants

‘The only thing I could do was cry’: Watch a shocking crime in Egypt, caught on camera

Egyptian Teen: ‘My Father’s Death for Christ Made Me Search for Jesus’