5 Countries Where Christmas Is a Crime

Slowly, the five friends make their way to the women’s outhouse they use each day. They look back. No one has followed them. In the stench of the room, they gather in a corner. Saying little, always in muttered whispers, they stand quietly. One woman softly sings. Another leads a short prayer.

Year after year, this is what Christmas looks like for these believers in a North Korean labor camp. Counting the cost, they risk their lives to come together to pray and sing, reflecting on the coming of their Savior—both 2,000 years ago and one future day they all hope comes very soon.

Share your Christmas prayer for persecuted believers and read the prayers of other Christians praying with you on our new Prayer Wall.

For millions of believers like these, the celebration of our Savior entering the world must be a risk-laden secret Christmas. They know that there is a war on Christmas—and what that war really looks like.


While we see Christmas trees on every corner, persecuted believers might not ever see a single Christmas decoration. If they do, it’s only in a secret celebration because in several countries, Christmas is illegal and banned outright. Any Christmas celebration carries with it the potential for fines, arrest and imprisonment. 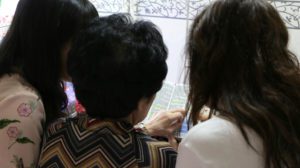 In North Korea, Christianity is illegal—believers must celebrate Christmas in complete secrecy in the woods with a handful of Christians; in homes with candles and in whispers; or in the outhouses of prisons and labor camps.

“Incredibly, many North Korean Christians risk everything to gather on Christmas Day and remember the hope the first Nativity brought to the world,” an Open Doors spokesman says. “A meeting is usually just two people on a park bench muttering prayers and praise quietly.

“For some, it is too dangerous to even speak, so they simply gather together for a few minutes of encouragement. If a whole family comes to faith, they can organize a type of Christmas celebration. But even then, they must keep it secret from the neighbors.”

Last year, North Korean leader Kim Jung Un banned Christmas and instead told people to celebrate his grandmother, Kim Jong-suk, who was born on Christmas Eve in 1919. The first wife of the country’s founding leader Kim Il Sung is known to North Koreans as “the Sacred Mother of the Revolution.”

North Korean refugee John Choi gives us some insight into what North Korea looks like in December: “’Christmas? What is that?’” he says. “That’s what the average North Korean would say if you were able to ask them about Christmas. Everyone in North Korea knows the birthdays of the three Kims (the leaders of North Korea since its beginnings)—but they do not know who Jesus Christ is or that Christmas is Jesus Christ’s birthday.

“Christmas has long been a non-event for North Korean people—except for underground Christians. The regime works hard to ensure information about religious holidays does not enter the country, and its citizens remain unaware people are celebrating and belting out Christmas hymns across the world.” 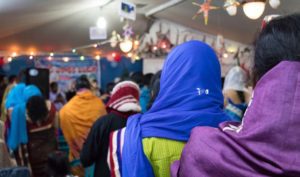 In Saudi Arabia, churches, crosses and Christian meetings of any kind are illegal throughout the country. There are no churches and even the wearing of any kind of religious symbol is forbidden. A Christmas tree or lights outside are unthinkable. For Christian households, Christmas must be celebrated in secret.

And for any Christian converts in a Muslim family (converting is illegal and punishable by death, imprisonment or lashes), they are often forced to hide their faith, acting like a Muslim who doesn’t celebrate Christmas—celebrating Jesus only silently in their hearts.

Three years later in December 2015, rumors of increasing secret Christmas parties prompted state media to reinforce that celebrating Christmas was forbidden, suggesting that for Muslims even to greet non-Muslims with a Christmas message was basically “endorsing their faith.”

However, insiders and experts claim there is an increasing number of secret Christians in Saudi Arabia–and that a growing number of Saudi residents celebrate Dec. 25.

“The number of Christian converts from Islam and other religions is increasing, along with their boldness in sharing their new faith,” says Open Doors CEO David Curry. “But they have to be careful. A lot of persecution can come from family or society, rather than the government.” 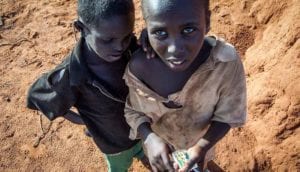 In Somalia, Christmas was banned in 2015—six years after the country adopted Sharia (Islamic law). Every year, there is an announcement reminding citizens that the celebration of Christmas is illegal.

In 2015, the government “warned” Somalians against the celebration of Christmas, saying it is only for Christians.

“This is a matter of faith. The Christmas holiday and its drum beatings have nothing to do with Islam,”  Sheikh Mohamed Kheyrow, director of Somalia’s ministry of religion, said on state radio. He added that the ministry had sent letters to the police, national security intelligence and officials in the capital city of Mogadishu, instructing them to “prevent Christmas celebrations.”

The same year, Mogadishu mayor’s told Reuters: “Christmas will not be celebrated in Somalia for two reasons; all Somalis are Muslims, and there is no Christian community here. The other reason is for security. Christmas is for Christians. Not for Muslims.”

For Somalians, the 2015 ban smacks of the turbulent time in 2011 when Islamic militants al-Shabab controlled Mogadishu. One of the extremist group’s edicts was to ban Christmas celebrations.

No Tree Trimming in Tajikistan 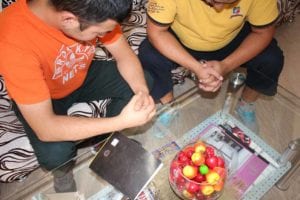 In Muslim-majority Tajikistan, no one publicly celebrates Christmas because it has been outlawed. A decree in 2015 by the education ministry in the former Soviet republic banned public displays of Christmas, particularly in schools and universities. That includes fireworks, festive meals and gift giving, as well as “the installation of a Christmas tree either living or artificial.”

Since 2013, Tajikistan has progressively pared down Christmas celebrations leading up to this latest law. In 2014, the country banned Russia’s version of Father Christmas. The law comes more from the restrictive government that has also limited the free exercise of Islam than Muslim society. 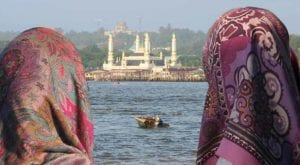 In Brunei, an oil-rich country on the island of Borneo in southeast Asia, anyone caught illegally celebrating Christmas could face up to five years in prison and a $20,000 fine; owning a Bible in the small Muslim-majority country will get you nine years. Even something as simple as wearing a Santa hat will put you in jail. Unlike Tajikistan, the ban on Christmas comes directly from the strict Islamic regime.

In 2015, Brunei’s Ministry of Religious Affairs released a statement saying, “These enforcement measures are … intended to control the act of celebrating Christmas excessively and openly, which could damage the aqidah (beliefs) of the Muslim community.”

The statement also said that any public celebrations could “affect” the “Islamic faith” of Muslims in Brunei.

The country’s population of 420,000 is 67 percent Muslim, 13 percent Buddhist and 10 percent Christian. Non-Muslims can privately celebrate Christmas in their homes but must first alert the authorities. Still, that caveat sends Christians a subtle message the government is watching.

“I’ve recently stripped all Christian decorations from my office walls to avoid suspicion from the authorities,” James, a church leader in Brunei, said after the decree was issued. “I’m not fearful, I’m being cautious.”

In this pro-Muslim and anti-Christian country, Bruneian Christians were not shocked by the move. They have been used to holding celebrations in the shadows.

“It (the directive) has not made much difference in our worship at the church and private celebrations at home, it is already something that has been practiced over the years,” a Bruneian Christian told The Straits Times. The major difference, he said, is the noticeable lack of commercial Christmas decorations compared to previous years.

“It does take away some of the atmosphere … but we Christians stay focused on the joy that comes from God rather than external factors.”


Despite the risks, persecuted believers continue to make the bold and defiant decision to worship their Savior and celebrate His coming into the world. As the Body of Christ, we can stand with our brothers and sisters that will have a much different celebration this month and on December 25 than our own.

Share your Christmas prayer for persecuted believers and read the prayers of other Christians praying with you on our new Prayer Wall.