January 16, 2019 by Lindy Lowry in Stories of Persecution

In the reporting period for the 2019 World Watch List, five major Christian persecution trends surfaced in the top 50 countries on the list. By no means are they the only trends affecting believers globally. However, research and reports from our on-the-ground partners and field reps in more than 60 countries indicate these trends are the major forces influencing the persecution of Christians around the world. Below, we have identified and highlighted them to provide insight into the battle the global Church is facing today.

The shocking reality of persecution against women 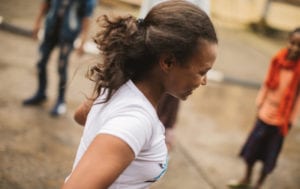 Research for the 2019 World Watch List reporting period reveals devastating details about the persecu­tion experienced by Christian women. In many places, women experience a “double persecution”—one for being a Christian and one for being a woman. This kind of persecution is difficult to assess or quantify because it is complex, violent and hidden. In many cultures where women are specifically targeted, it is difficult, if not impossi­ble, to report accurate numbers.

Far from being gender-blind, persecution exploits all the available vulnerabilities women have in their cultural or social context. This means they are oppressed through factors like: a lack of access to education and healthcare, forced divorce, travel bans, trafficking, widowhood, incarceration in a psychiatric unit, forced abortions or contraception, being denied access to work and lack of choice to marry a person of similar faith. The pressures faced by Christian women are twice as numerous as those experienced by Christian men.

Even in the most restricted circum­stances, gender-specific persecution is a key means of destroying the minority Christian com­munity. For instance, the sexual assault of women in Nigeria by Boko Haram, and in Iraq by Islamic State, is typically acknowledged as rape, yet not perceived as a tool of religious persecution. While those assaults have not been confined to Christian populations, a study of both the demographics of victims and of their testimonies of the words used by their attackers leaves no doubt that at least one primary objective of Boko Haram and the Islamic State is to eradicate the Christian population by every means. 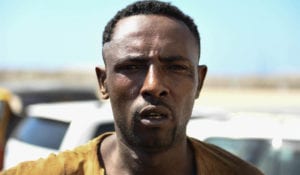 In seven out of the top 10 World Watch List coun­tries, the primary cause of persecution is Islamic oppression. This means, for millions of Chris­tians—particularly those who grew up Muslim or were born into Muslim families—openly follow­ing Jesus can have painful consequences. They can be treated as second-class citizens, discrimi­nated against for jobs or even violently attacked.

Often, Islamic oppression is most widely seen and covered by media during events of extreme violence. Despite a lack of a common ideology—and even amidst in-fighting between the various groups—Islamic militants continue to cast their bloody vision around the world. From al-Shabab to Boko Haram to al-Qaeda in the Arabian Peninsula to ISIS, this kind of militancy continues to grow in Asia (the Philippines, Bangladesh, Indonesia) and Africa (Egypt, Nigeria, Somalia). These militants and other violent radical movements continue to obliterate anyone opposing their extreme interpretation of Islam through acts of terrorism and insurrection. We call this the “smash” factor (violence).

But another force is at play called the “squeeze” factor. While violent terrorist acts receive the majority of media attention, Islamists around the world further their agenda through diplomatic and political action, as well as grassroots social efforts. In many countries, democracy is used to peaceably enact legal changes in accord with Sharia law and Islamic customs. For Christians in these countries, the persecution “squeeze” Christians who left Islam to follow Christ face often far outweighs the violence and is even more difficult to endure. The slow creep of Islamic control in every facet of life becomes unbearable, leading to many Christians practicing their faith underground, out of the public eye, for fear of repercussions should their faith be discovered. In areas where militant Islam is present, this fear is only heightened. 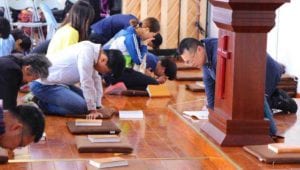 For the first time since the start of the World Watch List, India has entered the top 10 at No. 10. Additionally, China jumped 16 spots, from No. 43 on the 2018 list to No. 27 on the 2019 list. Each of these countries is home to more than a billion people, so these trends are distressing. Hindu nationalists in India continue to attack Christians and churches with what seems like no consequences.

Because the church is growing in India and is establishing a strong presence in the tribal regions, militant Hindus see Christians as a threat to the nation. Discrimination also is very common, based on the age-old caste system. It affects Christians all over India because most converts to Christianity come from the lower and “untouchable” (Dalit) castes.

Since Narendra Modi came to power in May 2014, the level of persecution of Christians has gone up dramatically. Every year, more violent incidents are registered, mainly because government authorities such as police and local officials frequently allow a culture of impunity for violence against Christians, especially when a mob is involved. Hindu militants target church leaders, beat them up and try to force them out of their villages. The latest trend is not only to threaten the church leader, but also to threaten or rape his wife, and target even young children. This twisted brutality reflects global trends, which increasingly have identified the direct targeting of women and children as part of the dynamics of persecution.

In the most recent year, solely from documented incidents, at least 12,500 Christians and about 100 churches in India have been attacked. At least 200 people have been arrested solely for their faith, and at least 10 have been killed. However, many incidents go undocumented, so true figures could be much higher.

In China, the increased power of the government and the rule of Xi Jinping, chairman of the Communist Party, continue to make open worship difficult in some parts of the country. The situation continues to escalate for Chinese churches and Christians. Over the last four months, Chinese officials have shuttered three large, well-known churches. In early December, police raided Early Rain Covenant Church in Chengdu, arresting the pastor and 10 elders. A week later, they closed down Ronguilli Church, and in September they shut down Beijing’s largest house church, Zion Church.

In March 2018, Xi Jinping was allowed to rule indefinitely, the first since Mao to hold such power. China also announced its “Principle for the Promotion of Chinese Christianity in China for the Next Five Years” (2018-2022). With these new regulations and the assurance of his place as permanent leader of China, Xi Jinping is quickly making it known that there is little to no room for any religion that challenges the absolute rule of the Chinese state.

The spread of radical Islam across sub-Saharan Africa 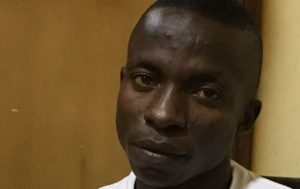 Gyang Adamu lost his whole family in one day when Hausa-Fulani militants attacked the village where his father pastored a church. His father, mother and all three of his brothers were killed.

While the violent excesses of ISIS and other Islamic militants have mostly disappeared from headlines from the Middle East, their loss of territory there means that fighters have dispersed to a larger number of countries not only in the region but, increasingly, into sub-Saharan Africa. Sub-Saharan Africa poses one of the world’s most potent security challenges, as weak governance, poverty and radical Islam increasingly collide. Of those countries that register “high” levels of persecution (scoring 41+ points), but fall outside the top 50, 18 out of the 23 are in sub-Saharan Africa.

Almost 30 violent Islamist groups are known to be active in the region: Most perpetrate violence in more than one country. The radical ideology of Islamic extremist groups like Boko Haram and al-Shabab has inspired, or infiltrated, numerous splinter groups such as Islamic State West Africa Province (ISWAP), a deadly group that broke away from Nigeria’s Boko Haram that also enslaves Christian women and girls as an integral part of their strategy. In February 2018, ISWAP stormed a girls’ secondary school in Dapchi and kidnapped more than 100 girls. A month later, the group released all but one of the girls, Leah Sharibu, because she refused to say Muslim prayers and renounce her belief and trust in Christ. To date, Leah remains in captivity with another Christian, Alice Ngaddah, an aid worker. The group abducted Alice and two other aid workers (the videos of the other two workers’ brutal murders were released in September and October 2018, respectively).

Across the Christian-Muslim fault line in middle Nigeria, decades of climate change and creeping desertification, combined with rapid population growth, has meant a fight for land and resources. The intensifying conflict between nomadic, predominantly Muslim Hausa-Fulani cattle herders and indigenous, predominantly Christian farmers in the Middle Belt means that Christians continue to experience the highest possible levels of violence to be measured by the World Watch research (a score of 16.7 in the ‘violence’ category). In 2018, more than 6,000 Christians were either killed or maimed in this escalating situation. Scored according to “violence” persecution alone, Nigeria would tie for top place with Pakistan at No. 5 this year. 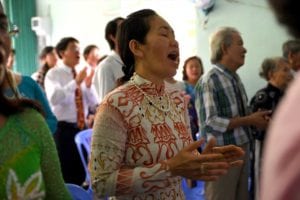 The Law on Belief and Religion–Vietnam’s first-ever law on religions since the country was reunified under Communist rule in 1975–came into force on January 2018.

State authoritarianism is increasing in many parts of the world, supported by the ever-spreading availability of personal digital technology, which governments can increasingly track through facial recognition, electronic chips and so on. Places like Vietnam, Myanmar, China and North Korea all saw increases in stricter state control of religious rights.

The trend is most clearly seen in China, where new Regulations for Religious Affairs came into force on February 1, 2018. Since then, a focus on prohibiting children and youth from hearing religious teaching has seen nursery and Sunday schools closed down, summer camps banned, and churches forced to place signs at the entrance forbidding anyone under 18 to enter. This policy has been in place for years, but has rarely been enforced until now.

Churches registered in the state-controlled Three-Self Patriotic Movement now find themselves bearing the brunt of the regulations, such as having to install closed-circuit (CCTV) cameras. As noted above, in September, Beijing’s largest “house” church, Zion—with 1,500 members—was shut down for refusing to install CCTV cameras facing the congregation. The official reason was “illegal meetings held by an unauthorized church group in an unregistered building.”

The same state authoritarianism also pressures Christians in Vietnam (No. 20). The Law on Belief and Religion—the country’s first-ever law on religions since Vietnam was reunified under Communist rule in 1975—came into force in January 2018. And in Myanmar (No. 18), state authoritarianism combines with nationalism. More than 100,000 members of a majority-Christian ethnic tribe, the Karen, remain in refugee camps just across the border in Thailand. Meanwhile, thousands have been killed and at least 120,000 displaced in majority-Christian Kachin state. Recently, Myanmar’s largest ethnic militia, the United Wa State Army (UWSA), declared almost all churches built after the Communist Party’s 1989 collapse must be destroyed. No new churches will be allowed.

To read more about these countries and the remaining 40 countries on Open Doors’ 2019 World Watch List, click here to see the list and download the full report. To help you pray with these believers, Open Doors has a mobile prayer app that alerts you to prayer requests from believers. Learn more about it and sign up to get regular updates delivered to your phone.