October 8, 2018 by Christopher Summers in Asia

North Korea is famously a difficult place for Christians to live and worship openly. The country has been No. 1 on Open Doors’ World Watch List—the annual list of the places in the world where it’s hardest to follow Jesus—for more than a decade. There are tens of thousands of Christians who are imprisoned or under arrest for their faith. And yet, that’s not the full story. Christianity and North Korea have a long relationship! So, here are five surprising facts about Christianity in North Korea and how this tightly controlled Communist nation has been impacted by the Christian faith:

1. Christianity has a long history in North Korea.

Before the end of World War II, there were more Christians in North Korea than there were in South Korea. North Korea was even known as the “Jerusalem of the East.” Estimates vary about how many Christians are currently in North Korea, but Open Doors places the number around 300,000, most of whom operate in secret networks of house churches. 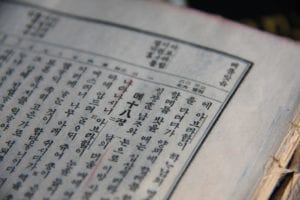 The current leader of North Korea, Kim Jong Un, is known for continuing the trend of brutal crackdowns on Christians. Under his leadership, like that of his father, Christians have been thrown into labor camps and subjected to unspeakable conditions because of their faith. And yet, there is a history of Christianity in Kim’s own family! The founder of North Korea, Kim Sung Il, was born to parents who were reportedly devout Christians. His father was even a part-time Protestant missionary! And his mother’s name, Kang Pan-sok, was the Korean word for “Peter,” since she was named after Jesus’ disciple of the same name.

3. There are public churches in North Korea … but most people think they are for show.

To “prove” they value freedom of religion, North Korea built four churches in the capital city of Pyongyang. But most observers say these “show churches” are in fact empty expressions of faith, and only exist to try to disguise North Korea’s brutal treatment of Christians. In one church, the church leaders were comprised of North Korean intelligence officers who were baptized quickly and without any real knowledge of the Christian faith, and suddenly elevated to leadership. Other observers have noticed the churches are closed during Sunday worship, or the churches don’t offer things like the Lord’s Supper or sermons about anything other than politics. 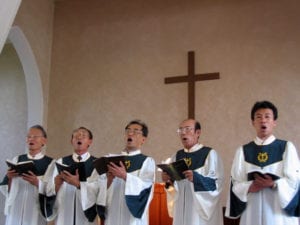 In 1992 and 1994, evangelist Billy Graham visited North Korea and met with then-leader Kim Il Sung. He had reasons for a link to North Korea—his wife. As the daughter of missionaries in the 1930s, Ruth Bell Graham had attended some years of high school there. Since that time, Franklin Graham has returned to the country several times. However, it did not always go as intended—North Korean state media later reported that Billy Graham had declared that Kim Il Sung was “the God who rules today’s human world.” Naturally, Graham’s spokesman denied Graham ever saying such a thing.

5. Christians in house churches are ready to evangelize North Korea.

Our sources and partners in the region have told us that there is a passion for Jesus among the Christians of North Korea—and they are ready to spread the gospel among their people as soon as the country opens. It’s been over 100 years since the Pyongyang Revival, but it could happen again. 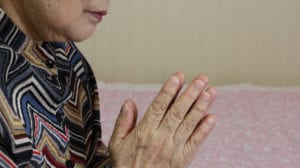 Praying With the Underground Church in North Korea

Receive prayer alerts and stories from persecuted believers in North Korea and around the world. Sign up here: