6 Big Things About North Korea You Should Know

October 1, 2018 by Christopher Summers in Asia

It seems every time you turn on the TV or visit a news website, someone is talking about North Korea. Between talks of nuclear disarmament, potential treaties, accusations of human rights abuses and a long-simmering threat of armed conflict, the region is volatile and constantly shifting. And, for Christians in North Korea—a place where it is illegal to follow Jesus—it’s a place of extreme tension and danger.

But: How did we get here? Why is North Korea in the news all the time? Are there any Christians in the country?

These are the questions that often get ignored in the rush to report and update on the latest developments. So here’s a brief rundown of the biggest questions every Christian should be asking about North Korea. 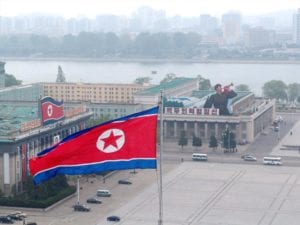 Why is North Korea really such a big deal? We see it on the news all the time, but what is the situation?

The world knows North Korea is the most closed country in the world. The news is filled with headlines about the so-called “hermit kingdom”—a land ruled by a series of brutal dictators; a country that threatens the entire world with their nuclear arsenal; an unpredictable world actor that has stymied multiple U.S. administrations. Currently ruled by Kim Jong-Un, North Korea also has one of the darkest human rights records in the modern era. It easily sits with Stalin’s Russia, Hitler’s Nazi Germany, and Pol Pot’s Khmer Rogue in terms of human suffering and loss of life.

For Christians, daily life is a struggle—believers are forced to worship underground, with only several state churches (which are not real churches, according to most reports) available for public worship. If caught, Christians can be arrested and imprisoned. There are tens of thousands of Christians in camps, restricted villages, or otherwise imprisoned—many of whom are suffering under unthinkable conditions. 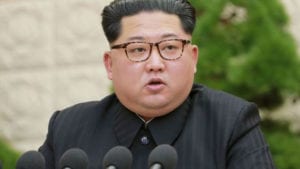 Who is Kim Jong-Un, and why is he viewed by so many as an evil ruler?

Like his father and grandfather, Kim Jong-Un has continued a pattern of dictatorial paranoia. North Korean citizens are taught state propaganda from birth until death. This means learning about the leaders of North Korea in elementary school, hearing propaganda on loudspeakers in homes and businesses and living under constant threat of being shipped to camps for a variety of crimes, both real and invented.

The state religion is the cult of personality around the Kim dynasty, of which Kim Jong Un is the third generation. There are thousands of statues of country founder Kim Il-Sung around the country that children must clean and polish; children are taught that all countries worship the ruling Kim. It’s also illegal for any North Korean to fold a newspaper showing the face of former leader Kim Jong Il—Kim Jung Un’s father. The entire nation and its laws center on the elevation of the leadership of the country to godhood. 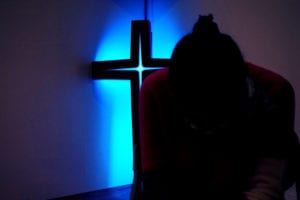 Are there Christians in North Korea? 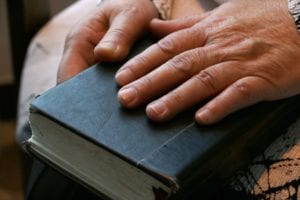 Christians are particularly targeted by the Kim regime. A 2014 UN report found that “the State considers the spread of Christianity a particularly serious threat.” The report said that Christianity challenges ideologically the official personality cult and provides a platform for social and political organization and interaction outside the realm of the State.

Christians continue to be seen as dangerous and their religion as “opium for the people”—as in classical Communist ideology—and are also part of the hostile class, according to the country’s social stratification system called songbun. And one 2014 report says that “ownership of Bibles or other religious materials is reportedly illegal.” Possession is punishable by imprisonment and severe punishment, including, in some cases, “execution.” 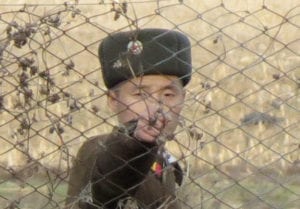 What can happen if a North Korean is caught worshiping Jesus?

Christians (and other political prisoners) are put in prison camps and live in unspeakable conditions. Experts estimate there are 80,000-130,000 political prisoners in prison camps in North Korea. Among these are thousands of Christians. In one such camp, “prisoners were tortured and killed on account of their religious affiliation, with officials instructed ‘to wipe out the seed of [Christian] reactionaries.’”

It’s not far-fetched to compare these camps to Nazi-era concentration camps. A 2017 report by the International Bar Association War Committee offers gut-wrenching details from personal testimonies, video, transcripts and scholarly works about the state of North Korea’s prison camps. One of the judges, a former child survivor of the notorious concentration camp in Auschwitz, said the conditions in North Korea were as bad—or even worse—than what he experienced in the Nazi concentration camp. 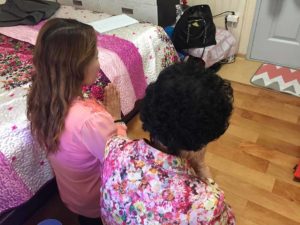 What is the church in North Korea currently doing?

Christians in house churches are ready to evangelize North Korea. Our sources and partners in the region have told us that there is a passion for Jesus among the Christians of North Korea—and they are ready to spread the gospel among their country people as soon as the country opens. It’s been over 100 years since the Pyongyang Revival, but it could happen again.

How can we pray with our brothers and sisters in North Korea?