7 Vacation Paradises That Are No Holiday for Christians

July 3, 2019 by Robert Kenna in Stories of Persecution

This beautiful world God created is full of surprises to discover, hidden beauty to explore and unique people to meet. However, in some of the most beautiful vacation places in the world—our brothers and sisters in Christ struggle daily with persecution.

Did you know that popular “resort” destinations like Brunei consider the Bible an illegal book? In fact, if a Bruneian citizen is caught with a Bible, they could serve nine years in jail. And in the Maldives, where the water is so beautiful it was used as a location in a Star Wars movie, there isn’t even a Bible published in the native language.

With that said, here are seven popular resort destinations that rank high on the 2018 World Watch List of the 50 toughest countries for Christians. On the surface, these countries might boast beautiful scenery, well-oiled tourist industries and colorful culture, but underneath there’s a secret war going on for religious freedom you should know about.

Deep in the Indian Ocean, the Maldives is a tropical archipelago comprised of over a thousand coral atoll islands. Its clear waters are perfect for scuba, the waves are supreme for surfing and with countless islands to visit, it’s paradise. However, there’s much more going on than sandcastles and surf. Ranking at No. 13 on the 2018 World Watch List, Christianity is not welcome. The government of the Maldives insists that the country be run according to conservative Islamic tenets and that all citizens be Muslims. In effect, there is no religious freedom, except for expatriate Christians who are only allowed to practice their faith in utmost privacy, behind closed doors and in strictly monitored settings. Because the government is currently engaged in a political struggle with opposition forces, any perceived threat (like Christianity) is quickly and harshly eradicated.

Known for luxury cities like Dubai, the Emirates are filled with resorts, high-end shopping experiences, exceptional architecture and beautiful beaches. However, being a Christian in the Emirates comes with its challenges. Ranking at No. 40 on the 2018 World Watch List, the Emirates are not friendly to Christianity. While expatriate Christian communities are relatively free to practice their faith, they also face restrictions. They are free to worship and practice their faith in private but are prohibited from expressing their faith, worshiping, preaching or praying in public. Proselytization of any sort is illegal, so Christians must exercise caution and self-restraint when interacting with Muslims. Meanwhile, converts from an Islamic background often keep their conversion secret out of fear of repercussions.

India is an explosion of culture and beauty with bright colored saris, beaming sunlight and unique foliage like the Frangipanis—a bright white exotic flower—and, of course, the Taj Mahal. But this beauty is in stark contrast to the underlying religious and nationalists tensions within the country. Ranking just outside the top 10 at No. 11, India is a powder keg of persecution. Because Hindu nationalist radicals view Christians as outsiders, they are experiencing increased persecution. These radicals are intent on cleansing the nation of both Islam and Christianity and employ violence to this end. The government continues to look away when religious minorities are attacked, indicating that violence may continue to increase in the coming years.

You can be there. Become a Frontline Partner.

The Frontline Partner program is the best way to help persecuted Christians through emergency relief, sustainable help and everything in-between. Your monthly gift will make you a part of the largest network of underground Christians in the world. 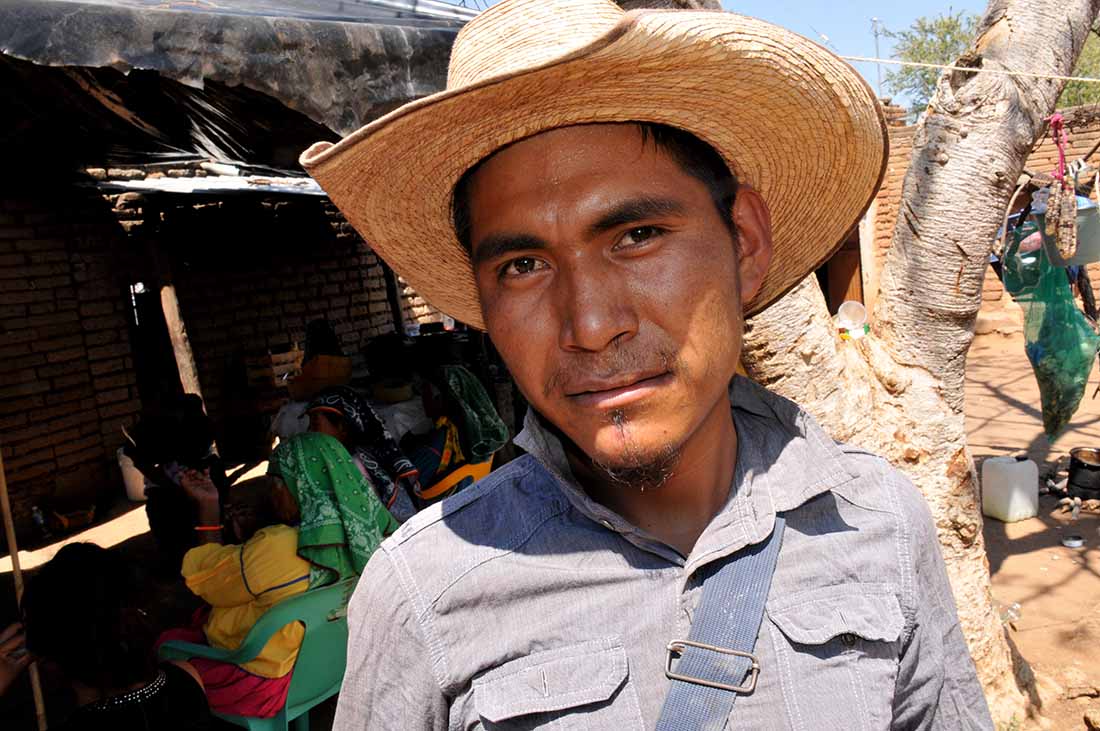 Its proximity to the U.S. makes Mexico a favorite travel and vacation destination. The rich culture, beautiful weather and prime beaches like Cozumel and Cancun make it an accessible and affordable trip compared to other international destinations. Coming in at No. 39, the strong presence of corruption at all levels of the Mexican government has resulted in various forms of persecution in the country due to a lack of protections for Christians. Criminal groups attack priests and pastors, while indigenous leaders attack converts to Christianity. In recent years, aggressive secular ideology has become more prominent in the country, and associated groups are intent on eliminating religious expression in the public domain. While the Roman Catholic Church continues to enjoy certain privileges, Christian groups are being disadvantaged, especially newer movements such as Pentecostalism and the Catholic Renewal Movement.

This small but wealthy nation is tucked away on the coast of Southeast Asia. It boasts beautiful beaches, luxury resorts and spas—along with adventure opportunities in the dense rainforest. However, in this Muslim-majority nation that ranks No. 26 on the 2018 World Watch List, even converting to Christianity is illegal. Oh, and owning a Bible will get you nine years in prison. Christians in this small Southeast Asian country experience persecution from the government, family and society at large. Legal policies favor Muslims over Christians and other minority groups and are enforced across the country. Muslim and ethnic majority group leaders have significant influence over the Sultan of the country, who is obligated to be the ultimate protector and defender of Islam in the nation.

Known for its bustling cities, lively culture and Buddhist pagodas, Vietnam is a popular travel destination. Whether you want to search for natural beauty, experience ancient architecture or sample unique foods—Vietnam has a lot to offer. However, ranking at No. 18, Vietnam is one of only five countries in the world that is still ruled by a Communist party. Laws are passed that disadvantage the Christian minority, and their implementation at the grassroots level leads to persecution from local officials. Roman Catholics are by far the largest Christian community in the country but are seen as suspect for their perceived ties to foreign powers. In rural contexts, ethnic group leaders see Christians as traitors to the tribal culture and identity, and villagers often work with them to persecute believers accordingly.

Think coffee plantations, beaches, rainforests and, of course, the Andes mountains. Colombia is a beautiful country to explore with so many options—from sightseeing, relaxing by the water or exploring and hiking. Resting on the northern side of South America, Colombia is an accessible and often affordable trip for those in the U.S. However, violent Christian persecution is commonplace in this South American country, both at the hands of criminal and some indigenous groups, which is why it ranks at No. 49 on the 2018 World Watch List. Guerrilla groups force Christians to pay a “protection tax” as a sort of insurance against assault or murder. They issue death threats to Christians involved in evangelism, fearing that believers will continue to stand in opposition to the reign of terror these groups use to maintain power. And in smaller, rural communities that are semi-independently governed by indigenous groups, converting to Christianity is seen as a betrayal of ethnic identity.

Often, what looks like paradise on a travel show isn’t the whole story. In all of these countries, there are beautiful people, vibrant cultures and rich histories to explore, but it’s also critical to be aware of the struggle our brothers and sisters in Christ face, often daily, in these World Watch List countries.

Now, don’t cancel your plans if you’re already heading to one of these beautiful destinations—that’s not the point! But it’s important to be aware of the lack of religious freedom. If you make a visit, you might even want to take a portion of your time to encourage local Christians. Or even take a prayer walk in the morning to ask God to work in the local church—protecting believers and giving them the courage to stay strong in their faith.

Your persecuted family shares their gratitude this Thanksgiving

How God saved this Nigerian boy from a dark future

Watch and pray alongside a secret field partner in Egypt

Why does the son of a Nigerian martyr still cling to Jesus?