The 2020 World Watch List has been released. And the numbers are staggering:

More than 260 million Christians live in places where they experience high levels of persecution.

Many of whom are targeted, just because they follow Jesus.

But behind all of the stats and facts, research for the World Watch List reveals some significant trends that show us what’s happening today to God’s people around the world. Here are the four most important trends from the 2020 World Watch List:

1.In the most populated countries on earth, Christians live under technology threat. 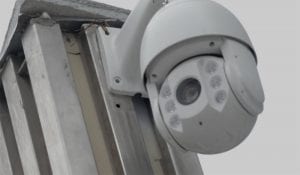 Surveillance cameras like these on the streets of China are always watching—who you are, where you’re going—and who do you worship?

In China (No. 23), where there are an estimated 97 million Christians, persecution against Christians has taken a technological turn. A recent report cited by CNBC estimates there are approximately 415 million surveillance cameras in China, a number only expected to grow in coming years. Some estimates suggest that eventually there may be more cameras than people in China—quite a feat for a country with a population of 1.2 billion.

China has developed widespread facial recognition software and established laws requiring facial scans to purchase a phone. When taken together, these two technological advances means the government can track individuals across cities, public places and even churches where cameras are installed.

“Christian faith is under attack and the methods of that persecution are becoming more sophisticated, and thus pose a greater threat,” says Open Doors CEO David Curry, “because they have the ability to oppress on a massive scale now, and I think it’s a blueprint for others.”

The technology will not be reserved to China or Asia.

“Clearly Iran [ranked 9] is interested in this technology,” Curry says, “and you can imagine how, in the hands of an Islamic regime, this could be a massive tragedy for religious minorities.”

China is also rolling out a country-wide Social Credit System (SCS) by which authorities plan to reward “good” citizenship and punish “bad.” Already, one community has reportedly decided to add penalties for those who “illegally spread Christianity.” It’s easy to see how surveillance technology could be used in tandem with the SCS to make everyday life very difficult for anyone the Chinese government deems insufficiently “Chinese”—including Christians.

Similarly, in India (No. 10), the government plans to introduce a national facial recognition system. Christians already live under the governance of a strict Hindu nationalist party—a party that has allowed, and in many cases accelerated, the growth of the belief that to be Indian is to be Hindu. Such new moves to implement surveillance technology has many Christians alarmed.

Facial tracking could lead to increased pressure and persecution of Christians who are already deeply impacted by violence—there were at least 447 verified incidents of violence and hate crimes against Christians in India in the 2020 World Watch List reporting period. There is fear that more tracking could increase these attacks.

Across sub-Saharan Africa, there were numerous attacks from Islamic extremist groups. Particularly in countries or in regions where government control is weak or non-existent, these groups are killing, kidnapping and sowing chaos with no consequences.

For instance, in Burkina Faso (No. 28, a rise of 33 points from 2019), long-known for its religious tolerance, Christians say they are in a fight for survival. Dozens of Catholic priests have been killed; Protestant pastors and their families have been killed or kidnapped by violent Islamic militants. In Mali (No. 29), the president said in late 2018 that his country’s existence is under threat because of Islamic jihadists. Central African Republic (No. 25) is also in constant upheaval due to the fighting of rebel Islamic militants, many of whom target Christians. And in Cameroon (No. 48), governance and security are major problems. The country faces violence in the far north—still a stronghold of Boko Haram.

Boko Haram also maintains a presence in northern Nigeria (No. 12). Nigeria is also impacted by Muslim Fulani militants, who perpetuate ongoing attacks in the north and Middle Belt of Nigeria. Increasingly, the Islamic State of West Africa Province (ISWAP) has taken root in northern Nigeria. ISWAP has pledged to kill Christians, and is active in Nigeria and three surrounding countries.

The influence of radical Islamic ideology has dispersed not only across Sub-Saharan Africa, but has also emerged in completely unexpected places to commit atrocities. In Sri Lanka (No. 30, up from 46 in 2019) 250 people died and more than 500 were injured in attacks on Catholic and Protestant churches and hotels on Easter Sunday. In the Philippines, which isn’t even in the top 50 World Watch List countries, 20 people died and more than 100 were injured when the cathedral in Jolo, a southern island, was bombed twice by a group who has pledged allegiance to ISIS.

In Pakistan (No. 5), Islam is dominant in every aspect of life—and often, this has led to the rise of strong Muslim radical groups who are given free rein by the government. Given the strength of these groups, the Tehreek-e-Labbaik in particular—which led major protests demanding that Asia Bibi be executed for blasphemy—no relaxation of Pakistan’s notorious blasphemy laws can be expected anytime soon. More than 20 Christians remain in Pakistani prisons either convicted of, or charged with, blasphemy.

4. Christianity is on the verge of disappearing in Iraq and Syria.

Almost nine years of civil war in Syria (No. 11) and years of conflict in Iraq (No. 15) continue to devastate Christian communities. In Iraq, where there are now around 202,000 Christians, down from 1.5 million before 2003—an 87 percent reduction in one generation. Some Christians have returned to rebuild their homes, but their return is complicated by security, education, health and employment difficulties. Iranian-backed Shiite militias continue to threaten, harass and intimidate Christians.

Syria is a more complex picture. Of the pre-conflict Christian population of 2.2 million, it is estimated that around 744,000 remain. In government-controlled areas, life amid the devastation shows some semblance of normalcy but there are shortages of basic needs, as well as poor healthcare and job options. The Syrian Christian population remains either largely displaced inside the country, or refugees outside it. In addition, the Turkish incursion into north-eastern Syria has directly affected 40,000 or more Christians in the principally Kurdish region.

We hope this list has been eye-opening—we hope it helps you clearly see what millions of your sisters and brothers are facing around the world. And we hope you will join them in 2020 in prayer and support, because we know that we are all one Church, one Family.

Get prayer requests from believers

The Pray for the Persecuted prayer app is an easy and powerful way to stay connected to the needs and stories of persecuted Christians. Through the app, you’ll receive detailed prayer requests from Christians in Iraq, Nigeria, Egypt, India—and all around the world—where it’s most difficult and dangerous to follow Jesus. Quickly scroll through timely prayer requests and click the “Pray” button to let persecuted Christians know you’re standing with them.

Every day, 8 Christians killed for their decision to follow Jesus

Will the world’s largest church survive amid growing hostility and oppression?