‘I will serve the Lord’—Indian teen killed for following Jesus

For 14-year-old Samaru Madkami’s father, it would be the last day Unga Madkami would see or hear his son. Three years ago when Unga left his Hindu faith to follow Jesus in east India and raise his son to know Christ (his wife died when Samaru was very young), he never imagined how high the price would be to worship God in his homeland. 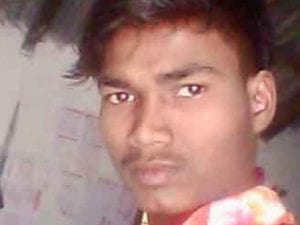 14-year-old Samaru Madkami was a “passionate believer in Christ.”

On the night of June 4, 2020, in the teen’s east Indian village of Kenduguda in Odisha state, men known to be Hindu extremists and a few villagers came to the seventh grader’s house, armed with sticks and knives. What happened next is difficult to ascertain. Conflicting reports say the assailants took Samaru and two of his older relatives by force; other reports indicate the three left thinking they were attending a meeting.

We do know that after overpowering their attackers, the two older believers managed to escape. Samaru did not.

The next day, police recovered the young boy’s slain body. Reportedly, he was stoned to death. After carrying out the gruesome crime, his attackers buried his body and fled the scene. With “missing person” reports filed by both Samaru’s father and his pastor, the next day police interrogated suspects who confessed to their crime and began disclosing the horrific details.

Samaru’s family and other local believers in their village believe the young boy was targeted and murdered because of his conversion and for his fervent passion to share about the Savior he had found. Pastor Bijay Pusuru, who serves in Malkangiri district, said the teen was a passionate Christian.

“He always shared from the Bible with youth and children from the village,” the pastor said through tears. He remembers a few words that Samaru had recently shared with him, “If anything happens to my pastor, I will not fear. I will take charge of pastor’s work and serve the Lord.”

Since converting to Christianity in 2017, Unga and his son have been harassed. Samaru was active in prayer meetings at Bethel House Church led by Pastor Bijay. Unga serves as an elder there. Local Christians report villagers have been upset for the past three years over the growth of Christian conversions. Christians in their village have faced many threats.

This is not the first time a Christian has been slain for his faith in Odisha state. On January 23, 1999, Graham Stains and his two young sons, Philip and Timothy, were burned alive by a Hindu fundamentalist group.

In India, Open Doors is working through partners on the ground to strengthen the church by providing aid such as Christian literature, Bibles, pastoral training, legal aid, relief and more. Your support reminds believers like Unga and other scared Christians in Odisha state and throughout Asia that they are not alone–that they are part of God’s worldwide family

‘India needs more prayers than ever’

Samaru’s violent death gives us a glimpse into the threat that 65 million Christians in India are facing today in this land of 1.3 billion people. The world’s second-most populous country ranks as the 10th most dangerous country for Christians on the 2020 World Watch List—the second year the country has cracked the list’s top 10.

Even in the last few months amid the country’s tight COVID-19 lockdowns, reports indicate that Christians in rural areas like Samaru’s village are facing even more opposition than ever from their communities because of their faith. Reports have surfaced of our brothers and sisters being falsely accused, threatened and attacked.

“The pandemic has not stopped the growing persecution against the Christians,” a local Open Doors partner shares. “There are many [Christians in India] who are [able] to use online streaming of worship, sermons and prayers, but the majority of the Christians in the rural areas are facing threats and persecution amid the lockdown.

“We are receiving news of persecution incidents from many areas, even in this situation where people have been ordered to stay inside their homes. In fact, we believe that during this phase of lockdown, Christians are suffering even more than before, since most of them have to now combat economic problems as well as the opposition and hatred from the community.”

Reports like these are likely to be the tip of the iceberg. Open Doors local partners report that there are many incidents that are going unnoticed due to the lockdown, poor connectivity and resources.

An Open Doors local partner says, “There is no doubt this is a time of wilderness for many of us, and the thing about this pandemic and lockdown is that we don’t know where it’s going to lead, how long our time is going to be. It seems that one day proceeds to another and there’s no end in sight. India needs more prayers than ever during this time.”

Make no mistake. The church in India is growing exponentially—because of passionate and devoted followers like Samaru who are spreading the gospel to the next generation. Faithfulness to plant the gospel initiates and drives persecution. Scripture repeatedly shows us that wherever people are hearing the Word of God, Satan will do whatever he can—lie, cheat, deceive and kill— to choke it out.

But the church in India needs the worldwide Church to continue to stand strong. They need to know we hear them. This is why Open Doors has mobilized to bring emergency aid and help to persecuted believers in India. If you’d like to help, click here.

Pray with Samaru’s family and community

Father, we are heartbroken over this recent tragedy and the persecution against Your people. We ask that you give Samaru’s father, pastor and friends peace that transcends their understanding; the comfort of their hope in You and the joyful expectation of eternal life with Samaru; and strength to meet the days ahead. We pray You will embolden them and those whom Samaru touched with his life and faith to continue to speak Your Word.

We pray for the believers in this area and throughout India who are scared of attack and worried they won’t have food to feed their children. We pray they will feel Your love surrounding them, safe under the shadow of Your wing. God, that they would know both Your peace and strength. We pray that You would continue to strengthen the church in India to stand strong in the fire, and remind us daily to pray with our brothers and sisters who are paying such a high price to follow You. Help us to pray in the midst of things we don’t understand. And Jesus, just as you prayed here on earth, we pray for our enemies. We ask that Samaru’s murderers would come to know Your love and repent.

Your Word tells us You are making all things new. We ask that You would breathe life and restore Your people. That we would be reminded that Your mercies are new every morning and that You are so near to the brokenhearted.

In Your name we pray, Amen.

Central Asia: Where inviting Christ in opens a door to persecution

Aisha is ready to die for Christ if necesssary