Nigerian Christians cry: ‘We must return so jihadists will not sing victory over the Church’

Despite COVID-19 curfews in place,  our field is reporting multiple attacks in northern Nigeria that have killed at least 27 people in the last three weeks, including four women and at least eight children.

Christians in the Kajuru local government area of Kaduna State have faced continued targeted attacks by Hausa-Fulani Islamic militants. Our field is asking for prayer for displaced Christians and those courageous ones who have returned to their all-but-destroyed communities—all facing severe food shortages due to the global crisis. Pastors there are leading congregations of people on the run while they themselves face desperate shortages.

When Open Doors asked believers the reason for their courage to return, they shared, “We must return so that the jihadists will not sing a song of victory over the Church of Jesus Christ.” 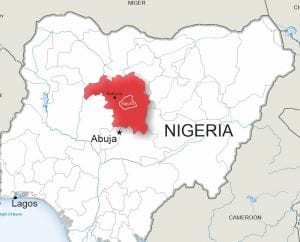 Here’s the detailed report from our field (Warning: Some of the information below is sensitive. Read with caution).

The most recent attack occurred when groups of armed men stormed the communities of Bakin-Kogi, Idanu and Makyali between Tuesday evening and Wednesday morning May 13. Although reported numbers are somewhat conflicting, it seems at least one person was killed in Bakin Kogi and eight in Makyali. Many people were displaced as they ran for their lives into the bush.

The attack came just two days after the May 11 massacre in Gonan Rogo village in the same local government area that left 18 people dead. Around 11:30 pm, the attackers first struck the home of Jonathan Yakubu, 40, killing him, his wife Sheba, 32, and three children Patience, 13, Revelation, 6 and Rejoice, 4. From there, they moved to another home where they killed Kauna Magaji and her daughter Faith before shooting and killing newly married Saraunia Lucky, 25, in a nearby compound while she held her newborn in her arms. Although the bullet struck the baby’s head, the child survived and was taken to a nearby hospital.

Other victims of the attack were 6-year-old John Paul, Asanalo Magaji 32, Yao Magaji, 13, Paul Bawa, 27, and his wife Rahila, 25; and Mailafia Dalhatu, 60, and his brother Yao Dalhatu, 56, with his wife Saratu, 45, and granddaughter Blessing Yari, 14. A boy named Popular Teacher, 17, was also shot and killed. All were all buried in a mass grave.

Suspected Fulani militants defying lock-down orders earlier also attacked the communities of Kikwari and Bakin Lamba in Kufana district of Kajuru LGA. The assailants shot and killed five Christians on April 25 at 5 pm, including Ado Maisamari, 56, Titus Amos, 27, and Habila Amos, 25. An elder and a youth whose names are not known, were shot dead at Bakin Lamba as the attackers made their way through the village to Kikwari.

Violence continues in Plateau State
Christians in the Bassa LGA in Plateau State have also faced continued Fulani militant attacks. Four youths died in the late hours of Sunday in an ambush around Kwal district, while another one, suspected to be among the attackers, was killed.

The four victims were returning to Miango from Kwal around 9 pm when they were ambushed. Assailants killed three of the men while the fourth died at Enos Hospital Miango in the early hours on Monday. When the community rose in self-defense, they came under heavy fire from a neighboring Fulani settlement.

Pray with Christians in northern Nigeria

How COVID-19 is making Christian persecution even worse in Africa

7 Things to Know About Deadly Fulani Persecution in Northern Nigeria