March 8, 2018 by Robert Kenna in Stories of Persecution

When I think of North Korea, it’s hard to wrap my mind around what it’s like for believers in such a hostile and isolated country. Sometimes it feels like fiction to think about people imprisoned for their faith in Jesus—and often their entire families for generations—when they’re discovered.

It’s hard to fathom that people are not free to attend and be part of a church, or even express their religious beliefs to their children, out of fear they will say something to the wrong person.

It’s so different from the way I experience life and faith.

The abuse North Korean Christians endure is reminiscent of Old Testament stories where kings like Nebuchadnezzar forced people to worship idols or be thrown into a furnace.

When I sit down to read my Bible, I don’t think about being spied on, arrested or fear that I might lose my life over it. But that’s not the case for many of our brothers and sisters who live in North Korea—where it’s illegal to own a copy of God’s Word or to practice their faith.

And it’s happening today. Right now, Open Doors estimates there are around 300,000 Christians in North Korea who must hide their faith and meet in extreme secrecy. They have no religious freedom, and they live under constant threat. And an estimated 50,000 of those Christians are imprisoned in labor camps, detention centers and banished to remote regions because of their faith.

I’ll be honest; the reality didn’t fully sink in until I spent time with Christians from North Korea.

On a recent trip to South Korea, I met and talked with multiple North Korean believers to hear their stories. 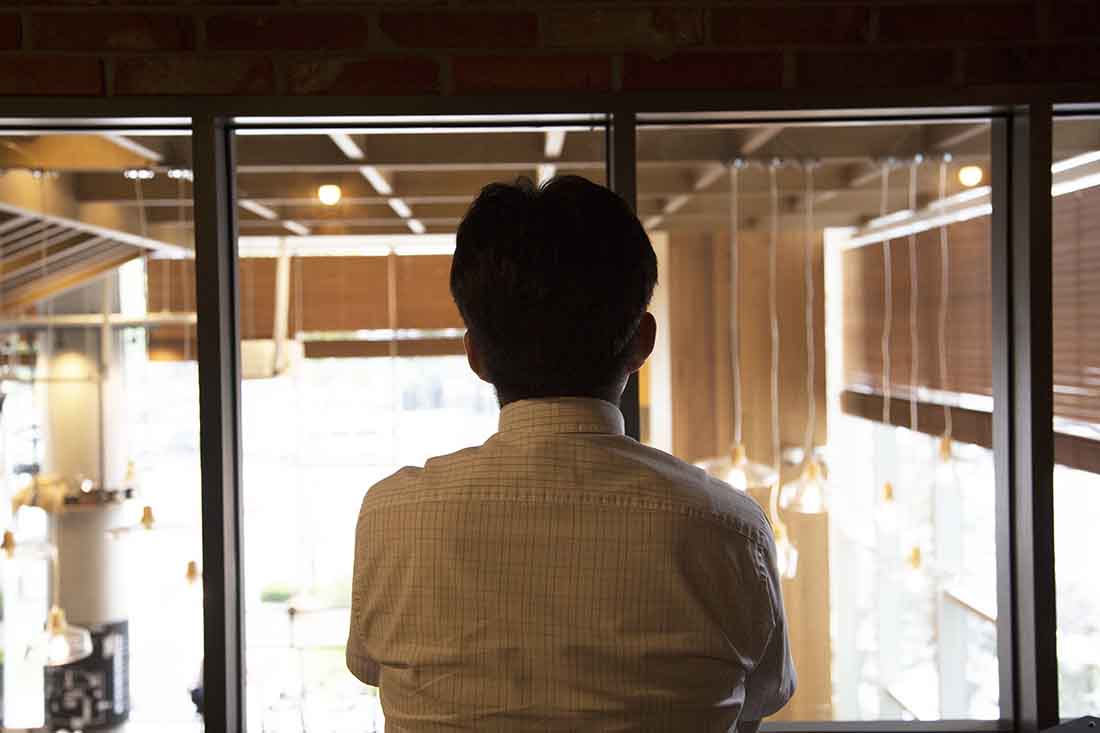 I met with a man who grew up in North Korea. He used to roam the mountainside to dig up vegetables when his family was starving. The North Korean government indoctrinated him with propaganda about Christians—referring to them as “deceitful and evil people to be avoided at all cost.”

Due to hunger, he escaped into China across the Tumen River to find food for his family—only to discover life there was also challenging and dangerous. For illegals in China, work is hard to come by, and the threat of getting picked up by the Chinese police—and being sent back to North Korea—always loomed. Eventually, he made it to a Christian safe house in China. He had to get past the Christian stereotypes he had been taught by the North Korean regime, but his desperation gave way.

He found Jesus in the safe house and eventually made it out of China. Today, he’s a pastor in South Korea, but he’s still very private due to the threat of North Korean spies. They could make life difficult for him and for his family members who still live in North Korea today.

I also met with two Christian women who both escaped North Korea at ages 17 and 20. Their father suffered in one of the country’s notorious prison camps, and one day, prison guards killed him for sharing his faith with other inmates. The sisters held hands as they crossed the river into China with their courier. Little did they know their courier was planning to traffic them, selling them to Chinese men for marriage. Life inside North Korea is difficult, but the journey out is also filled with pitfalls and trials.

Their mother was in a North Korean prison camp just a few years ago. When she was released, she escaped North Korea and reunited with her daughters. When we talked to her about her experience in prison, it was clear that what she witnessed there was too traumatic to discuss in detail.

The mother and her daughters made it out of China and eventually into South Korea, and today they are so grateful for their freedom. But their hearts are heavy because they have one family member who is still in North Korea—with no way of contacting them.

A Generation of Faith

I also met with an elderly woman who spent most of her life in North Korea. She was arrested for trying to escape and spent time in a prison camp along with her husband. In prison, she said Psalm 23 gave her incredible comfort. We asked her to recite it for us. Before she even began, she held up her hand, and the tears came. Even years after prison, God’s Word held so much meaning for her that the mere recitation of it brought a flood of pain and grace. It was a sacred moment to hear her voice as she recited the familiar words.

While her husband was in prison, their kids visited him. He wanted to pass on his faith, but there were guards everywhere. So he did something simple and profound. He wrote three words on his hand: “Believe in Jesus.” Through that act and seeing their father’s love for them and his God, his children decided to become Christians. Their father was later killed in prison for refusing to renounce his faith.

My faith was inspired and challenged by meeting these believers. Stories like these are common in the underground church of North Korea. These men and women are not superheroes; they are just ordinary people who have been changed by Jesus and decided He is worth it all. No matter their circumstances. No matter their geography. No matter their government. No matter the cost.

As North Korea continues to show up in the news and international talks go on between Kim Jong Un and other world leaders, please remember the suffering church in North Korea—their stories, their trials and their faith—and pray for them daily.

North Korea is on the brink of famine—experiencing the country's worst drought in 40 years. Latest estimates are that 10 million people—40 percent of the country’s population—are in urgent need of food. Through secret networks in China, Open Doors helps North Korean believers who cross the border with food and emergency aid. Often, those Christians return home to spread the gospel! But we need your help to continue. Will you give now to come alongside and strengthen this secret church of believers?

A Handful of Rotten Corn–a Day in the Life of 50,000 Christians in North Korean Prison Camps