Our field recently shared how secret Christians in Iran are reaching out to their communities that have been hit so hard by coronavirus and the impact of th lockdowns. Despite the risk of being jailed, imprisoned or even killed if their participation in a house church is discovered, house churches who worship behind closed doors are spreading the love of Christ in their community through their hands and feet. 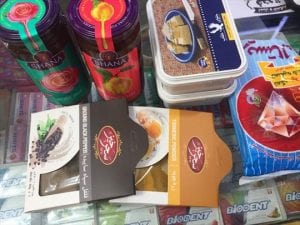 “[House churches] have become used to living in difficult circumstances,” explains Steve*, an Open Doors field worker. “When COVID-19 reached Iran, they were afraid that it would hit them or their loved ones. But at the same time, they were undaunted. They felt it was their calling to take care of people around them—not only other believers but also neighbors, colleagues or others nearby who were struggling.”

First, they used their own resources to give to others in need—offering a true representation of a biblical community that loves and serves one another.

All the believers were together and had everything in common.

They sold property and possessions to give to anyone who had need.

Every day they continued to meet together in the temple courts.

They broke bread in their homes and ate together with glad and sincere hearts,  praising God and enjoying the favor of all the people.

And the Lord added to their number daily those who were being saved (Acts 2:44-47).

When the Iranian believers’ resources ran out, Steve says, they reached out to Open Doors ministry partners, who in turn contacted field workers like him.

“The [people these churches helped] thought no one cared about them,” he says. “But, through our partners, we showed that the worldwide church is standing beside them.”

Iranian Christians have shared encouraging messages they’ve received from non-believers, as a result of their compassion:

“If this is the God who thinks about and takes care of His children, then I would like to know him more!”— daughter of a church member

“I had almost reached the point to say the world is absolutely dark, but now I see there are still some good people with good hearts living in this world and they are Christians!”—17-year-old family member of a church member

Pray with us that these seeds would take root.

‘When They Come to Take Mom Away’—Preparing My Daughter for Persecution in Iran ‘We have real peace in Christ’: COVID-19 hope from Italy, Spain, China and Iran ‘How lucky I am to have you beside me’—Iranian prisoner thanks Christians for praying A mother’s worst nightmare in Iran Christian activist alive, held in Iran’s ‘most dangerous’ women’s prison An Online Pastor in Iran Leads a Drug Addict—and His Mother—to Jesus

Pray with house churches in Iran

Thank God for the strong underground church in Iran that has been prepared for such a time as this.

Pray for provision for secret believers to continue to minister during the pandemic.

‘We have real peace in Christ’: COVID-19 hope from Italy, Spain, China and Iran

A mother’s worst nightmare in Iran