Since Omar al-Bashir’s long-term violent dictatorship in Sudan was overthrown in 2019, the church there has seen encouraging and hopeful moves toward religious freedom under the current transitional government. But in the country ranked No. 13 on Open Doors’ World Watch List, there is still a heavy, anti-Christian sentiment in many communities—spread and reinforced by government policies that interfere with the church. 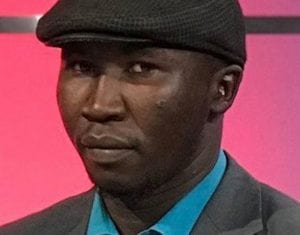 Recently on July 3 Boutros Badawi, a Christian advisor to Sudan’s religious affairs minister, was traveling home to Sudan’s capital city of Khartoum when armed men stopped the car, forced him out and beat him—yelling at him to “stop speaking on behalf of the Christian church.”

Badawi has been vocal on social media regarding unfavorable treatment of Christians by the government.

Reportedly, one of the attackers pointed a gun at Badawi’s head and threatened to kill him if he continued to say anything about confiscated properties belonging to churches.

The attack is not an isolated incident for Christians in Sudan where at least 90 percent of the population is Muslim. There have also been other persecution-related incidents against Christians in recent months. In May, a church building was destroyed after local villagers and authorities made threats. Three months earlier, a Christian youth leader was arrested and interrogated by security officials who warned him not to start a new church because Christianity was “evil,” they said.

All of the attacks happened after the North African nation ended 30 years of Islamic law in September 2020.

“These situations show that while there have been some crucial judicial changes in the country, anti-Christian sentiment lingers in [Sudanese] society,” said Jo Newhouse, spokesperson for Open Doors in sub-Saharan Africa. “This kind of intimidation will only be reduced if it’s made clear that impunity for such attacks is a thing of the past.

“We call on Christians around the globe to remain in prayer for the church in Sudan as they use every opportunity to wisely engage their government in these matters.”

Anti-Christian dictator forced out in Sudan: Pray with us