‘The only thing I could do was cry’: Watch a shocking crime in Egypt, caught on camera

August 27, 2020 by Christopher Summers in Stories of Persecution

It was all caught on CCTV on August 4: It’s late at night and Bakhit Aziz Georgi is in his small shop, waiting for the last customers of the day.

Suddenly, a masked man in black appears from the corner of the screen. He aims his gun at the 68-year-old, forcing him to follow. 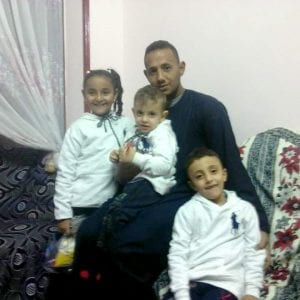 Outside the shop, Bakhit’s 35-year-old nephew, Youssef Samaan Girgis (shown to the left), father of three young children, sees the abductors dragging his uncle to their pick-up truck. When Youssef tells them to stop, the kidnappers ask him for his ID card. We can’t say with certainty what it is that the attackers are looking for on the card, but this region of Egypt has been home to several incidents in which those identifying as Christians were specifically targeted. And Youssef is a Christian—a fact clearly printed on his ID card.

So, the abductors grab Youssef, too.

While the attackers move Youssef and Bakhit to a waiting pick-up truck, Mariam, Bakhit’s 21-year-old daughter, comes running out of the family house located above the store. “When I found my father in the pick-up truck, I pleaded with the abductors to let my father go,” she says. “But they bluntly told me no. Then I said to my father: ‘Please come out!’ He urged me to get back into the house. There were other people on the street, but nobody helped me. Then [the kidnappers] drove off and the only thing I could do was cry.”

Ramzy, Bakhit’s son, watched the CCTV footage. He says he doesn’t recognize the abductors. “We are the only Christian family in this village, and we live in peace with the Muslims,” Ramzy notes. “My father didn’t have any enemies. These people were strangers to us.” 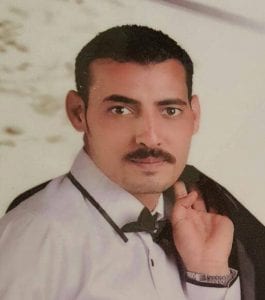 Worryingly, this isn’t the first time this family has been devastated by violence of this sort. Osama (pictured at left), another of Bakhit’s sons, was kidnapped in in July 2016. The family hasn’t seen him since. “After the kidnapping of my brother, Osama, we felt that we were in danger, but my father refused to leave the area until my brother would return,” Ramzy says.

While the abduction of Osama was reported to the police, the authorities didn’t investigate the crime. Another family member, whose name we need to keep hidden for his own security, says this might be the reason the kidnappers dared to come again. “There was nothing to deter them,” this family member says. “If action had been taken against the kidnappers in the first incident, the second incident wouldn’t have taken place. And if the police also do nothing in this recent incident, it will [happen again to] other Christians.” 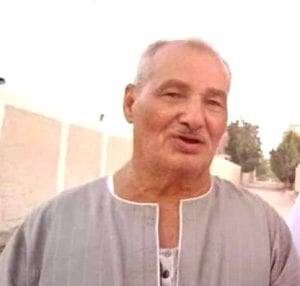 Praise God, on August 20 Youssef was dumped in the desert, alive. But Bakhit and Osama remain missing. Bakhit (shown to the left) is a diabetic and needs medication every day. The family is extremely worried and urges fellow Christians to pray for the safe return of their beloved father and brother.

The best way to stand with persecuted Christians

‘This suffering is a blessing’: A message from inside North Korea