Responding over the weekend to public pressure from both US President Donald Trump and 66 members of the US Senate, Turkish President Recep Tayyip Erdoğan repeated his demand that US-based Turkish cleric Fethullah Gülen must be extradited back to Turkey if Washington expects the capital city Ankara to release jailed US pastor Andrew Brunson.

Speaking in a live interview on the Turkish NTV news channel on April 21, the Turkish president claimed “the US is behind [Gülen],” the Muslim imam he accuses of masterminding a deadly coup attempt in July 2016 to overthrow his elected government.

“If you want Brunson, look at the steps you have taken in the past,” Erdoğan was quoted as saying in a Sputnik News report. “Why don’t you deport this man [Gülen] in accordance with the extradition treaty?”

In January at the beginning of 2018, Erdoğan announced that he would no longer facilitate US extradition requests until Washington sent Gülen back to Turkey.

The United States has denied repeated requests for Gülen’s extradition, citing a lack of sufficient judicial evidence of his involvement in the failed coup.

“If you are not giving him to us, then excuse us,” Erdoğan said in January, “but from now on, whenever you ask for another terrorist, as long as I am I office, you will not get them.”

Swept up in a massive crackdown against suspects of the government-labeled FETO (Fethullah Gülen Terrorist Organization), Pastor Brunson has been behind bars for 18 months, ever since he was detained on October 7, 2016. The 50-year-old pastor of the Izmir Resurrection Church had ministered in Turkey for 23 years.

A Case of Religious Freedom

After Pastor Brunson’s first hearing on April 16 a week ago, President Trump tweeted that the pastor was “being persecuted in Turkey for no reason.”

By the end of last week, two-thirds of the US Senate had signed a bipartisan letter to President Erdoğan, urging that “justice would be done and Pastor Brunson would be reunited with his family.”

“We are deeply disturbed that the Turkish government has gone beyond legitimate action against the [FETO] coup plotters to undermine Turkey’s own rule of law and democratic traditions,” the letter said.

“The suggestion in the indictment that the actions of Pastor Brunson to explain his religious convictions to others was somehow meant to undermine the Turkish state brings a new and deeply disturbing dimension to the case,” the senators stressed. “It should trouble all Turks justly proud of Turkey’s centuries-old tradition of welcoming believers of all faiths.”

Washington’s religious-freedom concerns were voiced clearly on the afternoon of Brunson’s trial when a Turkish reporter asked Sam Brownback, US Ambassador-at-Large for International Religious Freedom, if he considered this a political case.

“Actually, the charges seem to be about his faith,” Ambassador Brownback responded. “In the past, Turkey has been very open on this subject. But the accusations are factually inaccurate and false. This is a religious-freedom case,” he said. 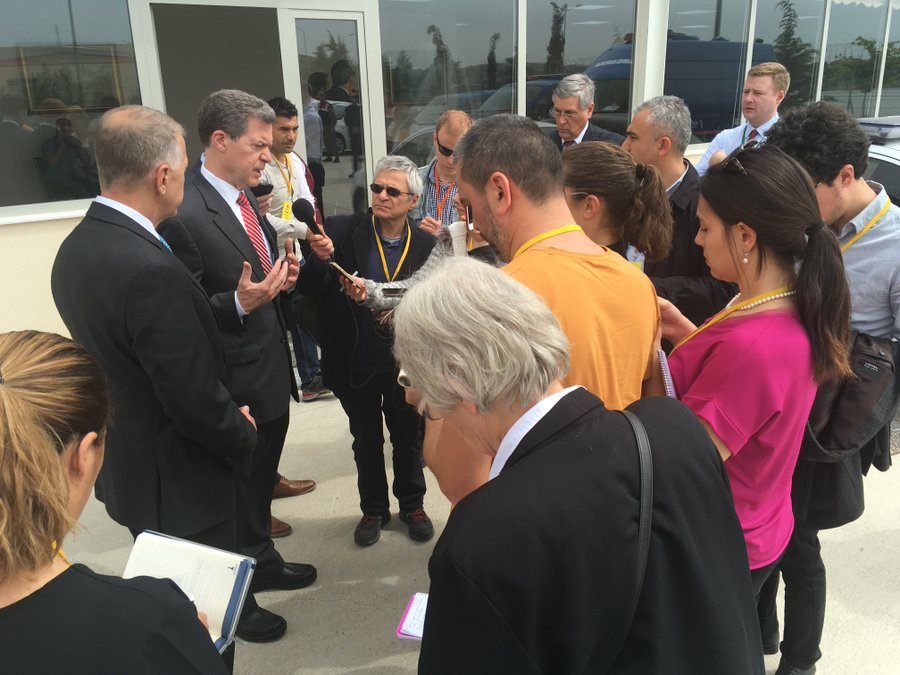 Pastor Brunson’s Turkish defense lawyer Ismail Cem Halavurt agrees with Brownback’s assessment. “There is evidence that shows Brunson was arrested due to his faith,” Halavurt told Reuters the night before the trial began, noting that his client’s religious role had been “classified as aiding terror organizations”.

On April 19, two senators announced that they will pursue targeted sanctions against Turkey related to “holding Brunson and other innocent American citizens behind bars on fabricated charges … The actions against Pastor Brunson, in particular, qualify as hostage-taking,” the statement from Senators James Lankford and Jeanne Shaheen said.

The next day, the pro-government Daily Sabah reported: “Turkish officials … strongly refuse the allegations that Brunson was taken hostage. Pastor Brunson’s connections and interactions with multiple parties, they said, meet the legal criteria for a court case.

Prayers for the ‘Cord to Be Loosed’

A few days before the first hearing, Andrew’s wife Norine posted that she and another believer had heard from the Lord to pray for Andrew three times a day—morning, noon and evening. And to pray specifically, “that the cord around Andrew would be loosened/untied.”

“Although I don’t understand this completely,” she wrote, “the Lord gave this very clearly so I am praying it by faith. Please join by faith that what we loose on earth is loosed in Heaven.”

Please continue to remember and pray for Pastor Brunson and his family as the May 7 court date approaches. And head over to the Prayer Wall we’ve created for Andrew–where almost 1,000 believers have written and shared their prayers. The words of the Body of Christ are powerful reminders that, as the apostle, Paul says: “With God’s power working in us, God can do much, much more than anything we can ask or imagine.”