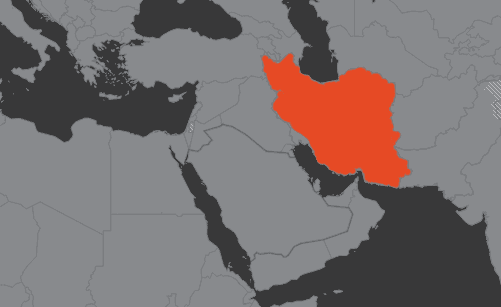 How the scoring works Download country dossier with in-depth research

The Iranian government sees the conversion of Muslims to Christianity as an attempt by Western countries to undermine the Islamic rule of Iran. Christians from a Muslim background are persecuted the most, primarily by the government, but also by their families and communities. Secret churches are often raided, and their leaders and members have been arrested and given long prison sentences for “crimes against national security.”

Many Iranians are nominal Muslims, and so some new Christians find acceptance from their families. Converts from stricter Muslim families face more persecution at home.

Christians from Armenian and Assyrian communities are recognized and protected by the state, but still treated as second-class citizens. They are not allowed to tell others about Jesus or to speak in Persian during their church services.

“When I was arrested at a house church meeting and put into solitary confinement for 36 days, praying for others is what kept me going. I had no one to talk to, and no Bible to read from. But I prayed for the brothers and sisters that were arrested with me every day. And when we came out, I heard that the others had been doing the same for me.”

What has changed in Iran?

Persecution has remained extreme in Iran, with a small increase in the number of reported incidents of violence. COVID-19 has hit the country hard, and many believers are in desperate need of food and aid. Measures to combat the virus have also made communication between Christians difficult, and they are increasingly exploring online fellowship and discipleship.

Many Iranian prisoners, including some imprisoned for their faith, were released from prison in order to combat the spread of COVID-19 in packed jails. However, other Christians remained in jail and the sentencing of other Christians continued.

Who is most vulnerable to persecution?

Christians from a Muslim background are most vulnerable to persecution from the government and from their communities.

What does Open Doors do to help Christians in Iran?

Number of Christians statistic is an Open Doors estimate