“Who has influenced you most?” This was the question, printed out on a piece of paper, that a senior Open Doors staffer was asked to answer at our U.S. offices a few days ago.

He read the words aloud, in his British accent, pausing thoughtfully.

Heads nodded. Our team, who was listening intently from chairs scattered around the room, know Andrew’s name well.

Andrew traveled widely and spoke from stages all over the world. His book, God’s Smuggler, has sold over 12 million copies. And as of this post, Andrew is still living—at 91 years of age—in his home country of the Netherlands. Even though Andrew doesn’t actively run the worldwide ministry, our current team still feels—to some degree—that we work for him … or at least for the work God started through him.

“But another person who impacted my life and work,” the senior staffer noted, “was Brother David.”

Without others like David who helped to build on to Brother Andrew’s original vision, Open Doors might not have ever grown beyond smuggling Bibles in Andrew’s Volkswagen, the staffer noted.

It’s not surprising, really, that someone as revolutionary as Brother David might’ve come to know Andrew in the first place. After all, Brother David unflinchingly lived out Andrew’s two principles the senior staffer had just shared. David definitely understood that the battle was a spiritual one. And he seemed to have been born with a penchant for the revolutionary.

An ex-marine and friend of Brother Andrew, David used his military training to recruit a team of twenty dedicated civilians to smuggle one million Bibles into China right under the noses of the People’s Liberation Army. 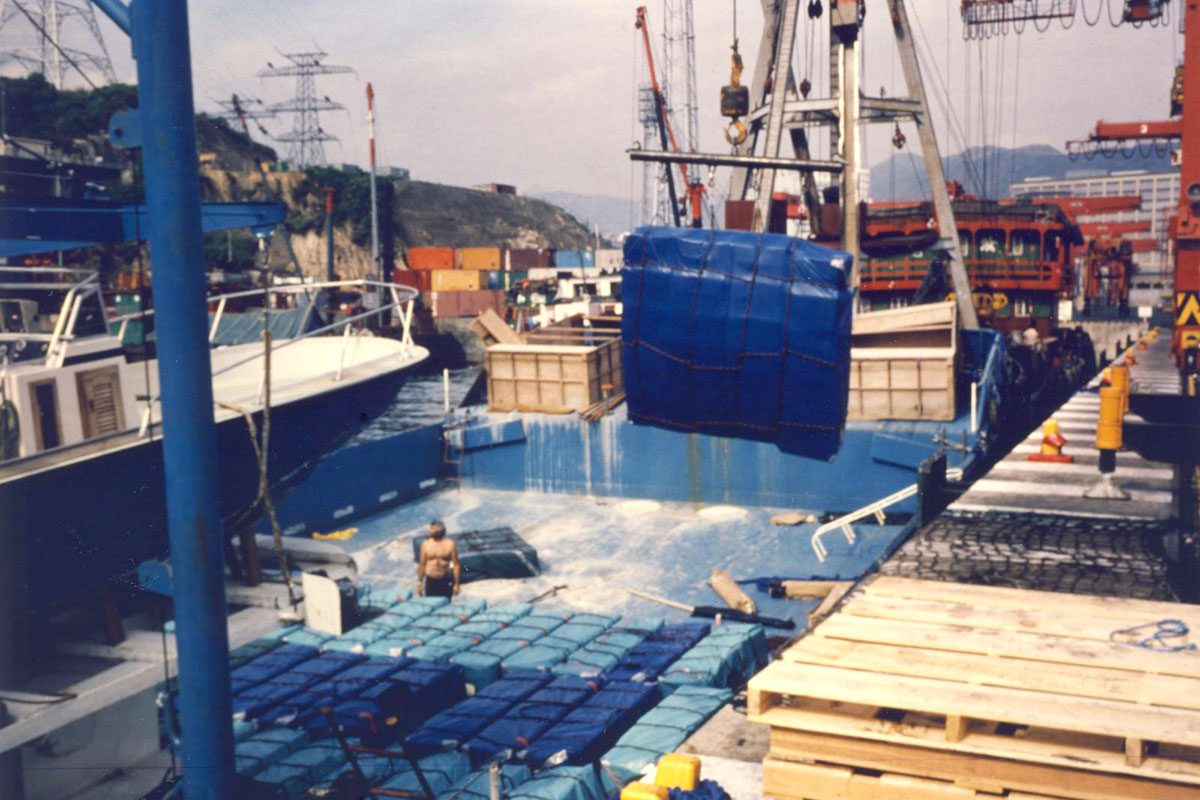 This happened when I was a toddler, in June of 1981. It was covered by TIME magazine in October that same year.  But by the time I was old enough to understand the conversations going on among Christians, everyone was still talking about it.

And for good reason.

The senior staffer visiting our office quickly summarized the pieces of the infamous story that stood out to him. “Brother David had a dream in Singapore. In the dream, he clearly saw a tugboat. And he woke up the next morning with the distinct impression he was supposed to buy one on behalf of Open Doors. So Brother David grabbed a friend and headed down to the docks. And there they discovered the boat—which neither had previously seen—resembling the one from his dream. In faith, David struck up a conversation with the boat’s owner and asked how much it would cost to purchase such a boat.”

And the boat’s owner would only hold it if the buyer put down a $20,000 down payment.

The first of many miracles

Brother David did not flinch.  He turned over $20,000 the first day he could secure it—not knowing where the rest of the funds would come from … or if they would come at all.

The purchase was such a startling decision that our board, back in the U.S., summoned David to explain his unusual plan.

Brother David headed back to America at their request. But before swinging by the board meeting, he made a quick pit stop. He visited Pastor Chuck Smith at Calvary Chapel.

Boldly, Brother David told Chuck exactly what God had shown him. That Open Doors needed a tugboat—an outfitted tugboat and a barge—to smuggle one million Bibles past the watchful eyes of the People’s Liberation Army to the underground church in China.

In a move that would seem outrageous anywhere else–but one that almost gets swallowed up by the bigger story–Chuck almost immediately agreed to give David a check for the full amount.

At the board meeting, David produced the check and was given the go ahead to continue the operation that is now preserved in two books: Night of a Million Miracles and Project Pearl.

The pursuit of the impossible

But, perhaps unexpectedly, none of this bravery was what our visiting senior staffer applauded about Brother David. “Brother David let you into his life,” The staffer told us instead, “Brother David wanted to know who you were. He listened to you. He made you feel like a king. Everyone gets so busy. Do leaders have the time to let ordinary people into their lives? Brother David did.”

It was knowing David and being known by him that drew this senior staffer further in to the work God was doing.

“Ever since David, I tried to live my life the same way…and in the same pursuit of the impossible.” The senior staffer noted. “Brother David had always said to me, ‘If it’s not REALLY impossible, well then is it worth praying for? After all, we can already do the possible things. If we’re going to God himself, wouldn’t impossible things be exactly the things you are supposed to take to Him?'”

As our senior staffer relayed his memories of Brother David, he passed on another humbling lesson in closing. Something that made it obvious he didn’t revere any human—not Andrew or David—too highly compared to Jesus.

“Open Doors always attracts revolutionaries. People who no one would call ordinary. That’s because sensible people aren’t willing to do things like smuggle Bibles. Which is perfect because, from everything I’ve witnessed, I’ve learned God had a significant place in his work for fools.”

I suspect that a good many of us who were listening quietly determined in our hearts to be just this sort of fool who God might use to continue to do such impossible things. I hope to continue to introduce you to more of this cast of fools, even if I can’t always mention them by name, in the days to come.