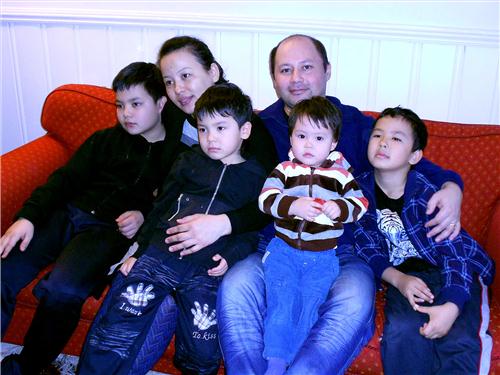 After facing mounting pressure in Uzbekistan, Makset Djabbarbergenov, a former Uzbek house church pastor and his family fled to Kazakhstan. He had been accused of practicing religion outside of state regulation. With the hope that he would be extradited, Uzbek authorities alerted the Kazakh police and he was arrested in September 2012.

Makset spent three months in a Kazakh prison. In November 2012 his wife, Aygul, was informed that a Sweden had offered them asylum. This answer to prayer was fully realized when the Kazakh government agreed release him from prison.

Makset and his family are acclimating to their new life in Western Europe. “We still don’t know why we are here, but now we must learn the language, adapt to this climate and culture, and get our health strong again” says Aygul. Both Makset and Aygul are seeking the Lord’s direction in their lives. Makset expresses a desire to reach the people of the Turkic world, but he is content to wait on the Lord. “There is so much work to do there for God,” he says, “so I am still asking every day since I arrived in Europe, ‘Why are we here? And where do we go from here?’”

Please join us in encouraging Makset, his wife, Aygul, and their five young children.

Write to Makset and his family