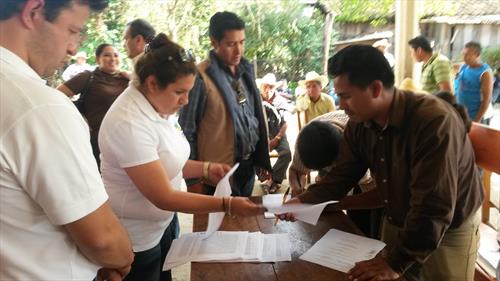 “Build houses and live in them; plant gardens and eat their produce. Take wives and have sons and daughters; take wives for your sons, and give your daughters in marriage, that they may bear sons and daughters; multiply there, and do not decrease. But seek the welfare of the city where I have sent you into exile, and pray to the Lord on its behalf, for in its welfare you will find your welfare.” Jeremiah 29:5-7

The first article of Mexico’s constitution forbids discrimination on religious grounds, and the Mexican government claims it has no problem ensuring religious freedom for its people. It would seem to be OK to be a Christian. However, Mexico finds itself ranked at 38 on the World Watch List.

The second article of Mexico’s constitution allows for a giant exception to the first article – granting “a general framework of autonomy” to Mexico’s indigenous communities, giving them the ability to “decide over their social, economic, political and cultural organization.” This can lead to social ostracizing if members of the indigenous community do not comply with the religious leanings of the leaders and majority.

Therefore, Christians and churches that become actively involved in society or speak out quickly become targets for criminal organizations or tribal leaders. Thus, the evangelicals from Chiapas faced persecution, losing their jobs and friends, and were ultimately exiled for splitting from the “traditionalist church.” Nevertheless, they remained faithful and hopeful that God would return them to Chiapas as they fought for their right to someday return to their homes.

A condition for the believers’ return to Chiapas was paying a mandatory, annual fee of 580 pesos (approximately $40.00) per family. This annual fee contributes to the village’s local traditions and festivals. The former exiles consider this annual fee a small price to pay for being home again. “We are all very happy to be here, back in our community,” says Fidel Lopez Hernandez, a husband and father of three.

In many ways, they return to their community as exiles still – living in the community but not as the indigenous community does. In the words of Matthew Henry, “If our purses be Caesar’s, our consciences are God’s.” The Christians of Chiapas return to their homes bearing the witness of Christ to those who oppose them, to suffer for God’s glory.