To help you pray specifically with Christian prisoners in Iran and those waiting for the verdict on their appeals, we have compiled a list of names and stories to introduce you to those who, at this moment, are suffering behind bars because they are “not ashamed of the gospel” (Romans 1:16) and, like the Apostle Paul, have risked their lives to tell others about the Jesus who revealed Himself to them and transformed their hearts and lives.

The lists below represent current prisoners in Iranian prisons and Christians in the appeal process. However, they are not exhaustive. There will always be cases we don’t know of, cases that are kept secret because it’s better for those involved, etc. Bur our hope is that as you read these names; discover a small piece of their story; and see their photo (for some), you will connect to their heart and share in their suffering. As Paul reminds us in his letter to the church in Corinth:

We encourage you to leave a prayer for one or many of these men and women on our Prayer Wall this month–devoted to praying with isolated Christians in Iran. You can also read the prayers of others who are praying with you. 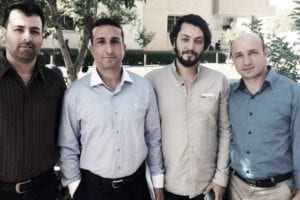 Saheb Fadaie was arrested July 6, 2017 (along with three others, including Pastor Yousef) and was sentenced to 10 years in prison for “propagating house churches and promoting ‘Zionist Christianity.’” On July 24, he was arrested at home and taken to Evin Prison.

Pastor Yousef Nadarkhani has been arrested and convicted several times for his passion to organize and lead house churches, and see Muslims come to Christ. His most recent sentence on July 6, 2017, led to his violent arrest on July 22, 2018 when 10 plain-clothes Iranian police officers raided his home, using unnecessary force on both him and his teenage son. Yousef is now in Evin Prison, serving a 10-year sentence followed by another sentence of two years of internal exile away from his family.

Yasser Mossayebzadeh On July 2017, Yasser (along with three others, including Pastor Yousef) was arrested and sentenced to 10 years for “propagating house churches and promoting ‘Zionist Christianity.’” On July 25, he was arrested and taken to Evin Prison.

Mohammadreza Omidi On Friday, May 13, 2016, security forces arrested Mohammadreza (with three others, including Pastor Yousef Nadarkhani). On September 2016, he was sentenced to 80 lashes for drinking wine during communion; on July 6, 2017, he was sentenced to 10 years in prison for “acting against national security by organizing house churches and promoting ‘Zionist Christianity.’” On July 24, 2018, he was taken to Evin prison. He is still waiting for the outcome of his appeal against the 80 lashes.

On March 2, 2018, nine members of a house church, including Azizollah, were arrested; they are all believed to be detained in prison. 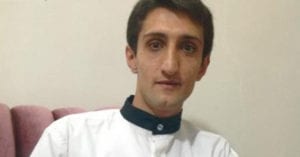 Ebrahim Firouzi, a former Muslim who gave his life to Christ, was arrested on Aug. 21, 2013 and sentenced to one year in prison. On April 20, 2015, he was re-tried and sentenced to another five years in prison for his Christian activities, including running a Christian website. In October 2017, he went on a hunger strike to protest against being held in a ward of dangerous criminals and demand a transfer. He ended his strike 40 days later after he was moved and continues to serve his sentence. Following his prison sentence, Ebrahim is to serve two years’ internal exile in the remote town of Sarbaz near the Pakistan border. His elderly mother is suffering from cancer. Ebrahim was the financial support for his mother and sister. 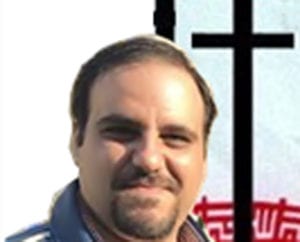 Sevada Aghasar was arrested with Ebrahim Firouzi on Aug. 21, 2013, and released on bail in March 2014. He was sentenced on April 20, 2015, to five years in prison and after an unsuccessful appeal, began serving his sentence on July 4, 2017.

Majidreza Soozanchi was arrested with Fatemah Mohammadi on November 17, 2017, charged with “membership of evangelistic groups and conducting evangelism.” On April 25, Majidreza was sentenced to five years in prison. Fatemah was sentenced to six months and released on May 14, 2018.

Mohammad (Vahid) Roghanir On October 12, 2012, Mohammad was arrested with seven members of a church in Shiraz and on July 16, 2013, he was sentenced to six years in prison. On Saturday, July 5, 2014—while waiting for an appeal—he was re-arrested . In October 2016, he was denied early release and remains in prison. 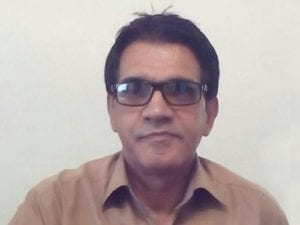 Nasser-Navard Gol-Tapeh was arrested Oct. 29, 2017 (with three others) and sentenced to 10 years in prison. His appeal on Nov. 12, 2017 was denied and he was taken to Evin Prison to start serving his term on Jan. 20, 2018. Nasser has asked for and been denied medical treatment several times. As a result, he is in danger of losing his teeth.

Mehrdad Houshmand and Sarah Nemati On September 10, security forces arrested a Christian couple after summoning them to the intelligence ministry, accusing them of “performing funeral rituals according to Christian faith.” He and Sarah were transferred to an unknown location and are believed to still be detained. 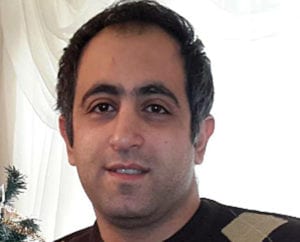 Ramiel Bet-Tamraz (son of Victor and Shamiram Isavi Khabizeh) was arrested Aug. 26, 2016, during a picnic in Firuzkuh and released on bail. On June 18, his hearing took place and on July 11, he was sentenced to four months in prison for “acting against national security” by joining house churches.

Typically, appeal verdicts for Iranian Christians who are convicted and sentenced rarely go in the defendant’s favor. Usually, the sentence is upheld. These Christians are awaiting the verdict on their appeal hearings.

Victor Bet-Tamraz and his wife, Shamiram Isavi Khabizeh, are both awaiting appeal verdicts.

Victor Bet-Tamraz, an Assyrian pastor, was arrested and jailed for “illegal house-church activities” and was sentenced to 10 years. His appeal was heard in June. The pastor was arrested with two members of his church in 2014 as they celebrated Christmas together.

Shamiram Isavi Khabizeh, the wife of Victor Bet-Tamraz, is appealing against her own five-year prison sentence for “acting against national security and the regime by organizing small groups, attending a seminary abroad and training church leaders and pastors to act as spies.”

Bahram Nasibov, Eldar Gurbanov and Yusif Farhadov were arrested with Nasser-Navard Gol-Tapeh (he is currently in Evin Prison) on Oct. 29, 2016, while at a Christmas party and sentenced to 10 years each in prison. The appeal hearing on Nov. 12, 2017, upheld the sentence. Bahram and Yusif are awaiting their summons to prison.

Eskandar Rezaei and Suroush Saraei were arrested on July 6, 2017, sentenced to one year in prison for “acting against national security” by forming house meetings and proselytizing. Their appeal was March 8, 2018. They are awaiting the court verdict. 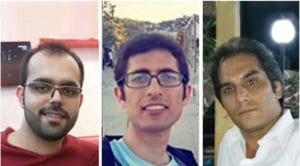 Amin Afshar-Naderi and Kaviyan Fallah-Mohahammadi On December 26, security officers raided the home of Pastor Victor Bet-Tamraz, an Assyrian Christian, during a Christmas celebration, and detained him, Amin and Kaviyan. On June 3, 2017, the three men were each sentenced to 10 years in prison and a two-year ban on travel abroad for “acting against national security by organizing and conducting house churches.” Amin was sentenced an additional five years for “insulting the sacred” (he shared a Facebook post from someone that “adopted a Quranic writing style” about the sharp rise in the price of chicken in Iran).

Hadi Ashgeri was arrested during a picnic on August 26, 2016, in Firuzkuh and on July 4, 2017, was sentenced to 10 years in prison. All his identification documents were confiscated. He is awaiting his appeal outcome. 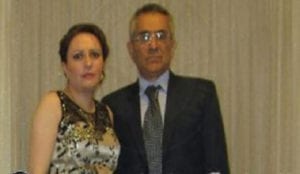 Andre Vatanian and Nana Badrian, a Christian couple from an Armenian ethnic background, were arrested by Tehran’s intelligence service on January 4 and 14. Both are out on bail awaiting a trial for national security-related charges for their Christian activities.

Anousheh Reza Bakhsh (known as Veronica) and her son, Soheil Zagarzadeh Sani (known as Augustine) were arrested in Urmia in August 2017, convicted of “acting against national security by evangelizing “ and sentenced to five years in prison.

PRAYING WITH IRANIAN CHRISTIANS IN PRISONS

We can take comfort in knowing that our sovereign, omniscient, and omnipotent God knows about every arrest, every conviction and every prison sentence, and every appeal won and lost. And that He has a plan our limited human view just can’t comprehend.

Throughout history, God has used persecution as part of His sovereign plan to spread His gospel and strengthen believers. Scripture tells us repeatedly that we will not always understand God’s ways. But we continue to pray even when things don’t make sense in our heads and hearts, trusting God and His wisdom–remembering that He is good.

Pray with Iranian believers in prison and awaiting their appeal … in many ways praying somewhat miraculous prayers:

Don’t forget to leave a prayer for one or many of these men and women on our Prayer Wall this month–devoted to praying with isolated Christians in Iran. You can also read the prayers of others who are praying with you.